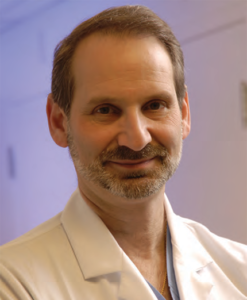 Scott Alan Shikora, MD, FACS, FASMBS, director of the Center for Metabolic and Bariatric Surgery at Brigham and Women’s Hospital, was recently named president-elect of the International Federation for the Surgery of Obesity and Metabolic Disorders (IFSO). Dr. Shikora’s official appointment will begin in July at the 25th IFSO World Congress in Miami. He is the first Brigham physician to serve as President of IFSO.

“It’s a great honor to have been chosen as the president of IFSO. The Federation’s mission is to improve access to care for patients seeking bariatric surgery. It’s been a passion throughout my career to care for people with significant weight problems—not just performing bariatric surgeries but also following these people long-term to help ensure successful outcomes,” says Dr. Shikora.

During the last two decades, Dr. Shikora has been a highly active member in the field of bariatric surgery. He’s both a past president and a former executive council member of the American Society for Metabolic and Bariatric Surgery (ASMBS). He’s an associate editor of Surgery for Obesity and Related Diseases and the current editor-in-chief of Obesity Surgery. He has authored numerous book chapters and journal publications and has made hundreds of presentations internationally on bariatric surgery topics.

During his year-long tenure as president of IFSO, Dr. Shikora will focus on improving patients’ access to bariatric surgery. He will lead a task force to conduct an evidence-based review of the criteria that qualifies patients for bariatric surgery. These criteria were developed in 1991 and the aim is to revise the outdated guidelines to better reflect changes that have taken place over the last 30 years.

“I also want to focus on education and making sure that bariatric surgeons around the world have what they need to provide the best bariatric surgery and care to their patients. I would like to help IFSO develop web-based learning platforms that offer physicians educational opportunities on a larger scale,” says Dr. Shikora.

A Cherished Thought Leader in the Bariatric Surgery Community

At Brigham and Women’s Hospital, Dr. Shikora leads an interdisciplinary team that each year performs more than 500 weight-loss operations. Dr. Shikora is also an advocate for translational research aimed at reducing the incidence of diseases, such as diabetes and high blood pressure. His clinical and research interests include minimally invasive bariatric and general surgery, neuromodulation and emerging surgical technologies.

“Dr. Shikora has been a thought leader in the field of bariatric surgery for decades and has been recognized with numerous honors and awards. His expertise and wisdom has helped establish the Brigham as one of the most regarded bariatric surgical centers in the country. We are all very proud of his well-deserved new honor which acknowledges his international reputation as one of the leading contributors to the field of bariatric surgery,” says Ali Tavakkoli, MD, chief of the Division of General and Gastrointestinal Surgery at the Brigham.