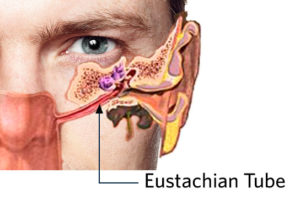 Should allergy medications such as intranasal steroids and oral antihistamines be used to treat isolated otitis media with effusion (OME)? The answer is a resounding no, according to a review of previously collected data published in October’s Current Allergy and Asthma Reports. Rachel E. Roditi, MD, of the Brigham and Women’s Hospital Division of Otolaryngology-Head and Neck Surgery is lead author of the paper.

Ambivalence around this question is the product of the controversial relationship between isolated OME and allergic rhinitis (AR). While various hypotheses have been posited to explain an OME/AR link, no definitive mechanism has yet been identified. Nevertheless, intranasal steroids and antihistamines are commonly used to treat isolated OME across a variety of practices—even though mild cases of OME and/or AR may resolve without any treatment.

“Clearly, there’s some sort of piece we’re missing as clinicians, and a better understanding is necessary,” said Dr. Roditi, who believes otolaryngologists should take the lead in educating patients and colleagues on this issue.

Dr. Roditi added that the effectiveness of intranasal steroids and antihistamines in treating OME in patients with concurrent nasal congestion and adenoid hypertrophy is not well understood and should be the focus of future studies. For now, she said, these medications could still be prescribed for patients with nasal symptoms, as they may improve those conditions despite having an unclear role in OME.

Ineffective, and Even Harmful

Dr. Roditi and her co-authors found an overwhelming amount of evidence demonstrating “that intranasal steroids are not effective in treating [isolated] OME” but have relatively minor side effects. The studies reviewed examined topical intranasal steroid in spray application, which tends to reach only the anterior nasal cavity.

The authors acknowledged that other forms of topical intranasal steroids that are now often used on an off-label basis and thought to reach deeper into the sinonasal cavity may support treatment of OME. They stated that future research on the efficacy of higher-volume steroid irrigators or alternative topical steroid delivery systems thus may be merited.

As for antihistamines, the data are clear: In addition to being ineffective in treating OME, these medications may prolong effusion duration and also have a higher side-effect profile than intranasal steroids.

The use of intranasal steroids or antihistamines for isolated OME violates current clinical practice guidelines and creates avoidable costs for patients and the health care system as a whole. The scope of the problem is substantial: Dr. Roditi et al. cited a study that attributed $4 billion in annual direct costs to OME.

Dr. Roditi commended otolaryngologists for adhering to clinical practice guidelines. However, data showed there was room for education and improvement when looking at non-otolaryngology practices.

“We found that patients who presented at an emergency room were prescribed an antihistamine or an antibiotic for OME at a higher rate. That’s a lot of antibiotics that shouldn’t be prescribed,” she said. “Outside of the emergency room setting, in non-otolaryngology outpatient practices, the rate of oral and intranasal steroid use was higher.”

Given their apparently strong awareness of the issue, what role can otolaryngologists play in reducing unnecessary prescriptions for OME? Dr. Roditi believes it starts with patient education.

“Patients who have had OME in the past may not see a doctor for treatment the next time they have symptoms,” she said. “Since many of the medications we’re talking about are now available over the counter, patients can self-prescribe and self-treat when they may not need to. That’s why conveying this information to them is so important.”

“This is a very common problem that affects a large number of patients,” she concluded. “Making the effort to educate your colleagues can have a real impact, as can being introspective and taking that extra moment to think about whether the treatment you’re recommending is the right treatment.”