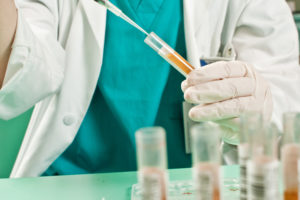 “The bottom line is that patients who get early enzalutamide will have close to a 40 percent greater chance of being alive at two, three, four years—along with fewer symptoms from cancer progression,” said Christopher J. Sweeney, MBBS, ENZAMET co-chair and medical oncologist at Dana-Farber/Brigham and Women’s Cancer Center.

“The major improvement in the time to progression was very impressive,” Dr. Sweeney said. “It tells us that if we use our agents that are active in late-stage castration-resistant disease earlier—when the patients have more sensitive disease—we get much greater and longer control of the cancer.”

ENZAMET is a collaborative, investigator-initiated trial led by the Australian and New Zealand Urogenital and Prostate (ANZUP) Cancer Trials Group in collaboration with the Dana-Farber Cancer Institute, Canadian Cancer Clinical Trials Group and Cancer Trials Ireland (enrolling patients from Ireland and the United Kingdom). It is the first trial to examine the use of enzalutamide with or without concurrent docetaxel chemotherapy.

Forty-five percent of patients in the enzalutamide group and 44 percent in the NSAA group also received docetaxel chemotherapy as their standard of care because they generally had a higher burden of metastatic cancer.

“At this stage, the trial suggests it is still an option to give chemotherapy and add the enzalutamide a bit later,” Dr. Sweeney said. “This gives the clinician and the patient options as to when to take the chemotherapy.”

Another finding was that adding early enzalutamide resulted in a higher frequency of adverse events, most notably fatigue. Dr. Sweeney noted that these side effects are generally more pronounced in frail, elderly patients. As a result, a physician now needs to decide if an individual is fit enough to tolerate the addition of the new oral hormonal therapy or chemotherapy with the standard baseline hormonal therapy of testosterone suppression shots alone—or if testosterone suppression alone is a better option because the patient cannot tolerate the new oral hormonal therapy.

“We’re doing a very thorough quality-of-life analysis where we’re measuring and controlling the cancer side effects and seeing if they outweigh the side effects from the treatment,” Dr. Sweeney said. “While there is a slightly increased side-effect profile, we think its impact on overall quality of life will be outweighed by longer-term cancer control.” These findings will be presented at an international meeting later this year.

With regard to future plans, Dr. Sweeney said, “We need to do longer-term follow-up to see if there are benefits that extend beyond three years. It could be that adding the new oral hormonal therapy to chemotherapy does have a long-term benefit in some patients.”

He added that investigators will also analyze blood and tumor specimens from mHSPC patients to see if they can identify which patients benefit from the new hormones, from the chemotherapy and from the combination of hormones and chemotherapy.

“There’s a lot more work to be done, and we look forward to collaborating with colleagues at Dana-Farber/Brigham and Women’s Cancer Center and Harvard Medical School to meet our goals,” Dr. Sweeney concluded.