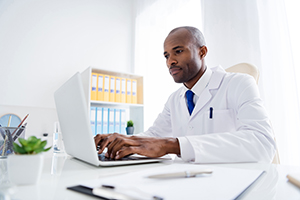 Discrimination based on factors like race, sexual orientation, gender identity and socioeconomic status are widely pervasive throughout society. The medical field is no exception.

Mass General Brigham is striving to make diversity, equity and inclusion central to all aspects of the system’s operations. One prominent outgrowth of this commitment is United Against Racism, an initiative to “tackle and overcome the barriers to equity that exist in our organization,” wrote Anne Klibanski, MD, President and Chief Executive Officer, Mass General Brigham.

Health Equity in Obstetrics and Gynecology

In this spirit, Brigham and Women’s Hospital and Massachusetts General Hospital OB/GYN residents crafted an ambitious proposal last year. A direct response to the racial unrest gripping the country, the proposal includes the following recommendations to advance health equity within the OB/GYN departments:

The last of these items, the Inequity Inbox, is a tool that enables hospital employees to anonymously report incidents of discrimination such as microaggressions, bias or unequal treatment involving doctors, nurses, staff or patients. Elena Lagon, MD, an OB/GYN resident at the Brigham and Mass General, had previously seen a version of the Inequity Inbox as an intern at Mass General.

“This was something I was really interested in,” she said. “I spoke with department leadership about bringing a slightly different version of the tool to the Brigham, and they were incredibly supportive.”

Dr. Lagon subsequently floated the idea at the first of the newly established quarterly health equity rounds, a resident-led case conference series to address the impact of structural racism and implicit bias on patient presentation and care. Carolina Bibbo, MD, of the Division of Maternal-Fetal Medicine, immediately expressed interest and teamed with Dr. Lagon on the project.

The Inequity Inbox is a simple web-based survey that asks three questions about an incident that may entail discrimination, including demographic characteristics of the individuals involved. The entry writer can easily access the Mass General Brigham safety reporting tool if they believe the incident has a patient safety component.

All entries in the Inequity Inbox are reviewed by a committee of trainees, attendings and certified nurse-midwives. With the reporter’s permission, the entry may also be reviewed at a departmental meeting and/or for training purposes.

“We wanted to be clear that the point of the tool is to create awareness and complete transparency within our department about whatever inequities are going on,” Dr. Lagon said. “And it provides discreet anecdotes that can be discussed in an effort to determine appropriate interventions.”

The reporter also has the option to include the medical record number of the patient involved. Having this information makes it possible for clinicians to go back to examine cases in greater depth when designing quality improvement initiatives.

The Inequity Inbox was introduced at the Brigham’s Department of Obstetrics and Gynecology in June 2020. Based on their experience to date, Drs. Lagon and Bibbo had several lessons to share with other institutions that may be interested in implementing a similar tool:

Dr. Lagon is gratified by the positive reaction to the Inequity Inbox within her department — and word is spreading.

“I’m so optimistic about the receptivity to these entries, and I’m getting emails from leaders from other departments who want to create similar tools and get involved with various health equity initiatives,” Dr. Lagon said.

“Through these anonymous reports and complaints, we’re getting an honest reflection of the environment in which we work and becoming more aware of the inequity that exists within our system,” Dr. Bibbo added. “That’s the first step toward making meaningful change.”