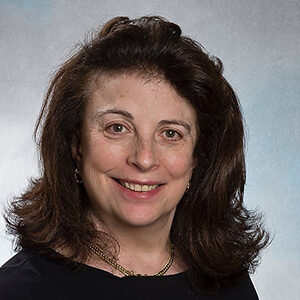 From her revolutionary work using ultrasound for prenatal diagnosis of congenital anomalies and gynecologic disorders to her discovery that linked nuchal thickening to an increased risk for fetal Down syndrome, Beryl Benacerraf, MD, has changed the way medicine is practiced.

“My life’s work for the past four decades has focused on doing everything I can to improve the OB/GYN care women receive, and I’m truly grateful for the recognition by AJOG,” Dr. Benacerraf said. “I am honored to have played a pivotal role in establishing and growing a field of medicine that didn’t even exist when I started.”

Shaping the Field of Obstetrical Ultrasound

Dr. Benacerraf’s interest in OB/GYN ultrasound solidified when she was in private practice in the 1980s — a time when ultrasound was just starting to be widely used to analyze fetal development and detect fetal anomalies. In her practice, she had the opportunity to scan a large volume of patients and began making and tracking clinical observations.

“The time that a fetus spends in the womb is a lifetime in and of itself, and the whole process was hard to monitor beyond manual palpitations of the mother’s abdomen or listening to fetal heartbeats with a stethoscope,” she said. “Ultrasound provided an incredibly valuable window into the uterus, allowing obstetricians to see the processes taking place as the fetus develops.”

Later on, Dr. Benacerraf’s clinical research paved the way for ultrasound to be used to monitor invasive procedures such as amniocentesis, intrauterine transfusions and mid-trimester fetal thoracentesis. She also helped to unite the Brigham’s Department of Obstetrics and Gynecology and Department of Radiology, two specialties that typically exist in silos.

“Fetal imaging was traditionally the purview of radiologists,” Dr. Benacerraf said. “The Brigham was the first in the country to make it a subgroup of maternal-fetal medicine and bring together cross-functional training, expertise and perspectives to meet a common mission in the interest of our patients.”

Opening the Door to Genetic Sonography

One of Dr. Benacerraf’s most important contributions to the field came about when she found that a large sonographic nuchal fold in the second trimester is associated with Down syndrome. The discovery opened the door for what is now known as genetic sonography, a modality that has dramatically improved prenatal diagnosis and the characterization of fetal syndromes.

“Ultrasound and sonography are much less invasive and risky than amniocentesis and are easier to offer from an infrastructure standpoint,” Dr. Benacerraf said. “They are especially helpful in allowing us to detect fetal abnormalities in younger mothers, who represent about 80 percent of fetal Down syndrome, since amniocentesis was traditionally used only with older patients who were at higher risk.”

Over the past decade, Dr. Benacerraf has transitioned from the “mature” field of obstetrical ultrasound and to reinvent herself in the emerging field of gynecologic ultrasound. Her current practice focuses on the use of ultrasound to screen for endometriosis and ovarian cancer, where it can be used to help determine whether a mass is benign or malignant.

Dr. Benacerraf noted that while obstetrical ultrasound will continue to be an essential tool to see how a fetus is developing, blood, chromosome and biochemistry tests have opened up new paths to assess fetal health.

“On the other hand, gynecologic ultrasound is really exciting now and is allowing us to help patients who suffer from chronic pelvic pain, urinary tract infections and endometriosis — a condition that is often unrecognized and left untreated,” she said. “I truly enjoy the ability to continue doing novel things and changing the way medicine is practiced.”