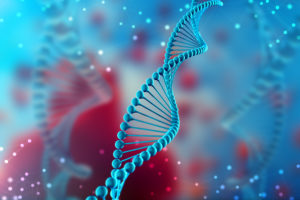 Traditionally, juvenile idiopathic arthritis (JIA) has been considered a distinct condition from the types of arthritis seen in adults. But increasingly, research is showing that juvenile and adult forms of arthritis represent a continuum.

“One of the central themes of my recent work has been pointing out the similarities between juvenile and adult forms of arthritis,” said Peter A. Nigrovic, MD, director of the Center for Adults with Pediatric Rheumatic Illness (CAPRI) at Brigham and Women’s Hospital. “The big picture is that these diseases are much more similar than they are different. I think the differences in nomenclature between the two types have been a hindrance rather than a help in understanding disease biology.”

Studying the Genetics of Arthritis

JIA is a blanket term that covers several different subtypes of arthritis. Like adult forms of the disease, it is characterized by symptoms that include pain and swelling of the joints, stiffness and, in systemic JIA, also rashes and fever. In some cases, it can also affect the eyes or internal organs. A case of arthritis is defined as “juvenile” if it appears before the age of 16. Once it develops, however, JIA can continue into adulthood.

At the Brigham, Dr. Nigrovic cares for adults who have JIA. He also sees children with the disease as an attending physician in the Boston Children’s Hospital rheumatology program. Some of his recent research has looked at the genetics of arthritis.

“One of the strongest pieces of evidence that these diseases are similar has to do in particular with the HLA locus on chromosome 6,” said Dr. Nigrovic, who also directs a lab that uses both human specimens and mouse models to study the basic immune mechanisms of arthritis and other rheumatic diseases. “Proteins encoded at this locus control how peptides are presented to T cells, including autoantigens that can trigger arthritis.”

He noted that the particular HLA genes that carry arthritis risk change with the type of arthritis, but are largely shared between adult-onset and childhood-onset forms of the disease. Risk genes outside of the HLA locus are also shared.

In a paper published in Nature Genetics in July 2018, Dr. Nigrovic and his team used a new technique termed SNP-seq to test thousands of candidate genetic variants linked to JIA risk by genome-wide association studies (GWAS). Through this work, they identified 148 candidate functional single nucleotide polymorphisms (fSNPs) that may modulate the binding of regulatory proteins. For fSNPs near the CD40 and STAT4 genes, they were able to confirm the fSNPs and identify specific transcription factors that likely modulate these genes differentially in individuals who carry protective gene variants compared with those who carry variants associated with enhanced disease risk.

“We believe that this approach will allow us to identify particular pathways that drive disease biology,” he said. “And we expect to find the same sets of pathways in children and adults.” He added that once these pathways are fully characterized, it could eventually enable the development of better targeted treatments for disease subtypes in both children and adults.

Developing a ‘Fingerprint’ Would Be Key

One of Dr. Nigrovic’s long-term goals is to identify drugs that would target pathways engaged by the new protein-DNA interactions identified in his lab. By understanding which variants each individual carries, it may be possible to develop a “fingerprint” that will help determine what treatments will be best for each individual with arthritis, irrespective of age of onset.

“We hope to use GWAS data to identify these common pathogenic pathways,” he said. “We’re not there yet, and we’ll need many patient samples to achieve this goal. But between the large volume of patients that we see—as well as our expertise in other related areas of research at both the Brigham and its related institutions—we are well-positioned to make important contributions in this field.”