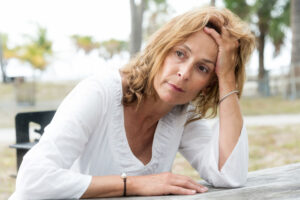 Researchers at Brigham and Women’s Hospital have received two grants totaling nearly $30 million from the National Institutes of Health (NIH). The grants will support two research programs — one designed to examine the effects of stress in post-menopausal women and the other to gather and analyze data that can be used to develop early-stage interventions for those at high risk for psychosis.

The NIH awarded the Brigham a five-year, $9 million U54 Center grant to study the neural processing of stress, which is strongly linked to adverse health outcomes in aging women. The Brigham/Harvard Center for Stress and Neural Regulation of Reproductive Aging Health Outcomes at the Mary Horrigan Connors Center for Women’s Health and Gender Biology is one of 11 national Specialized Centers of Research Excellence on Sex Difference grants awarded by the NIH.

Hadine Joffe, MD, MSc, vice chair for psychiatry research in the Brigham’s Department of Psychiatry and executive director of the Connors Center, will serve as a principal investigator on the Reproductive Outcomes of Stress and Aging in Women (ROSA) Center grant. She will work with an interdisciplinary team of Brigham researchers from psychiatry, preventive medicine, endocrinology, women’s health and sleep medicine, as well as researchers from the Harvard T.H. Chan School of Public Health and Harvard Medical School’s Department of Population Medicine.

According to Dr. Joffe, the goal of the three-pronged research program is to understand how stress exposures and experiences affect women’s physical and cognitive well-being after menopause. The study will utilize data collected under the Harvard Medical School’s Project VIVA cohort study, which has followed thousands of women over 20 years, from their first pregnancies to middle age.

Functional brain imaging will be conducted in an eligible and interested subset of those women to understand the activity of the inhibitory neurotransmitter GABA in brain regions for women with hot flashes and sleep disturbances. A third component of the program studies mice to determine how stress is transmitted through glucocorticoid receptors in the brain to influence the female hormones and temperature regulation.

“Across a woman’s lifespan, stress exposures are connected with a variety of problematic health outcomes, such as mood, poor sleep, fatigue weight gain, cardiovascular health and hot flashes,” Dr. Joffe said. “We want to understand how and where in the brain stress is processed, the neurochemical changes that take place and the neural processes that connect stress with these adverse outcomes in women.”

Dr. Joffe praised the ability of the Brigham and Harvard Medical School to assemble a collaborative network of leading investigators focused on synergistic research and educational outputs.

“The Brigham has a rich history steeped in women’s health and sex-differences discovery,” she said. “The fact that we were awarded this national-level signature grant is a testament to our broad capacity for scientific research and our ability to organize across disciplines to innovate at the margins of our varied areas of expertise.”

Early-Stage Interventions for Patients at Risk of Schizophrenia 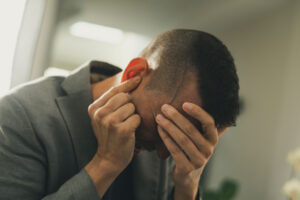 The NIH also awarded the Brigham a $20 million U24 grant as part of its Accelerating Medicines Partnership Schizophrenia initiative. The program’s goal is to generate tools that will improve success in developing early-stage interventions for those at risk of developing schizophrenia.

Schizophrenia, which can include a loss of contact with reality known as psychosis, is one of the top 15 leading causes of disability worldwide. Detection and intervention before psychosis develops could attenuate, postpone or even prevent the transition to psychosis and improve individuals’ clinical and functional outcomes.

Senior scientist Martha Elizabeth Shenton, PhD, is principal investigator of the study funded by the grant. She has spent her entire career researching schizophrenia and psychosis and now runs the 35-member Psychiatry Neuroimaging Laboratory at the Brigham, which she called a “collaborative academic family that works together transparently.”

With the grant, the Brigham will be one of two independent institutions working with industry partners to create a data processing, analysis and coordination center that will acquire, integrate and analyze clinical high risk (CHR) biomarkers and clinical data (e.g., EEG and neuroimages) as well as existing CHR-related datasets. Using data collected from sites around the world, researchers plan to develop algorithms that can identify biomarkers predictive of CHR outcomes. Those biomarkers will be used to characterize clinically useful subtypes of CHR that can then be used to develop targeted treatments in clinical trials.

“More specifically, schizophrenia is a heterogenous disorder, which makes it challenging to develop effective treatments,” Dr. Shenton said. “Two-thirds of CHR individuals don’t develop psychosis. Therefore, if we can develop biomarkers that help us delineate groups of CHR patients, we can better characterize them in stratified ways, which will be useful in the development of effective therapies. The long-term goal is to intervene before illness and perhaps prevent psychosis.”

These two grants are prime examples of the Brigham’s deep expertise in applying multidisciplinary expertise to investigations that will shape the future of medicine.