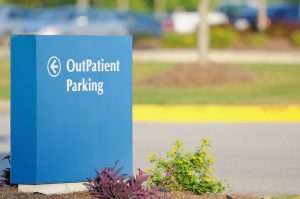 Five years ago, Vivek Shah, MD, a hip and knee replacement surgeon, replaced the right hip of an 85-year-old woman. After the routine surgery, she stayed in the hospital for three days. A few years later, she visited Dr. Shah when she needed her left hip replaced.

By then, Dr. Shah had moved to the Department of Orthopaedic Surgery at the Brigham. The woman expected surgery followed by a few days in the hospital for recovery and rehab. Instead, the 89-year-old arrived at the hospital at 7:30 AM and was home by 3 PM.

“The future of orthopaedic surgery is to visit the hospital, not stay. The Brigham is leading the way in same-day joint replacement surgery—it’s a top priority,” said Dr. Shah, who is Director of Outpatient Arthroplasty in the Department of Orthopaedic Surgery.

Dr. Shah performs total hip arthroplasty, total knee arthroplasty and partial knee replacements with a focus on outpatient total joints. He’s replaced the joints of thousands of patients, including the hip of an Olympic figure skater and both knees of a former running back for the New England Patriots. He calls every patient the night before their surgery.

“Same-day joint replacement has been offered for years across the US, but it’s been slow to catch on in Boston. Despite growing demand from patients, most hospitals in New England aren’t pushing toward outpatient surgery. The Brigham is ahead of the curve in the northeast,” said Dr. Shah.

All of Dr. Shah’s partial knee replacements and the majority of hip replacements go home the same day of their surgery. Likewise for simple revisions or a worn-out hip that only needs plastic replaced. Patients who stay overnight in the hospital typically require complex revisions, treatment for an infection, or suffer from chronic conditions such as heart disease, diabetes or cancer.

A wide body of research has shown that patients fare better when they go home the day of their joint replacement surgery. They experience fewer complications, including a lower infection rate. In addition, patient reported outcomes and satisfaction scores are higher.

“We get patients walking within hours of surgery. The faster you get people up, the less likely they will have complications. Most patients are back to work within a couple of weeks. I’ve done hip replacements where people return to work within 5 to 6 days,” said Dr. Shah.

Dr. Shah is also collaborating with Wolfgang Fitz, MD, a knee replacement surgeon, who leads Brigham’s prehabilitation program. They are building care pathways to discharge patients with less pain and minimal-to-no use of opioid medication during outpatient surgeries.

“The word is spreading about same-day joint replacement. Patients are visiting me, saying a friend or family member had a joint replaced and left the hospital the same day. My goal is to offer them the same experience,” said Dr. Shah.