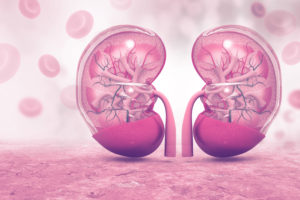 In the 1960s, Brigham and Women’s Hospital pioneered the development and commercialization of dialysis. Once again, the Brigham is on the forefront of renal replacement therapy (RRT) through a new project spearheaded by the Kidney Health Initiative (KHI), a public-private partnership between the American Society of Nephrology (ASN), the U.S. Food and Drug Administration, patients, academia and industry to identify and create solutions for vexing problems in kidney disease.

The Technology Roadmap for Innovative Approaches to Renal Replacement Therapy seeks to spark new ideas about how to treat kidney disease. It was developed by a multidisciplinary team led by Joseph V. Bonventre, MD, PhD, chief of Renal Medicine and director of the Division of Engineering in Medicine at the Brigham. Dr. Bonventre, who was ASN president in 2011, was an ASN Council member when KHI was established.

“About two years ago, KHI and ASN leadership decided to undertake a significant effort to replace dialysis as we know it,” Dr. Bonventre explained. “While dialysis extends the life of patients with very advanced kidney disease, approximately 50 percent of patients on dialysis will die within three years, which is a much higher mortality rate than most cancers. In addition, most patients on dialysis maintain a low quality of life.”

“There have been few technological advances in dialysis over the last 60 years despite the many ‘disruptive’ technological advances that have transformed our lives, such as the internet, cardiac devices, bionic limbs, cell phones, microsensors and many others,” he added. “Kidney transplantation, which can be transformative, is unfortunately available to only a fraction of the patients who would benefit from it due to shortage of organs.”

Dr. Bonventre has made pioneering contributions to developing methods to convert patient-derived stem cells to “mini-kidneys.” He is working on ways to modify these technologies to marry them to engineering methods with a vision to use engineered cellular devices to replace some kidney functions.

The roadmap outlines specific goals for RRT improvements, suggests solution pathways to replace specific functions of the kidney, includes time horizons and identifies the types of collaborations required to make those improvements happen. Dr. Bonventre said that while the roadmap takes an agnostic approach to the specifics of the solutions, it does assign design criteria that define the functional areas that need to be replaced.

The roadmap also serves to inform the first stage of KidneyX, a $2.6 million prize contest ASN launched in 2018 in partnership with the U.S. Department of Health and Human Services. The goal of KidneyX is to bring fresh ideas to kidney-disease treatment.

In addition to serving as a template for the initial KidneyX prize competition, the roadmap calls on input from a variety of sectors, from medical researchers and patients to technology developers, engineers, regulators, insurers, government agencies and entrepreneurs. Another goal of the roadmap is to de-risk financial investment and attract increased private and public investment to improve the lives of patients with kidney disease.

“For over half a century, patients with chronic, advanced kidney disease have had one primary treatment option: dialysis,” Dr. Bonventre said. “While dialysis is standard medical practice, it is not a long-term solution.”

Dr. Bonventre called the roadmap a “living” document designed to spur innovative thinking and the development of disruptive solutions. KHI is calling on those both within and outside the renal community to participate by providing feedback, pursuing related R&D projects and forming collaborative partnerships with those pursuing R&D projects.

“The roadmap is a first step in the process of developing significant, achievable solutions to bring hope to patients,” Dr. Bonventre concluded. “Why wouldn’t we want to do everything we can to increase treatment options that extend their lives and improve their quality of life?”