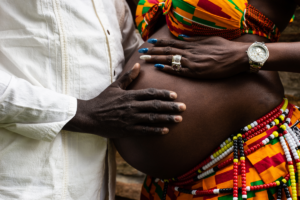 Clinical studies for new drugs and vaccines, including the recent trials that led to the approval of COVID-19 vaccines, generally exclude women who are pregnant or lactating. For that reason, little is known about how hormonal changes affect drug pharmacokinetics and pharmacodynamics.

The National Institutes of Health (NIH) is supporting new efforts to address the shortage of research in this area. A team from Brigham and Women’s Hospital recently received two grants, which together total over $4.2 million, to look at various aspects of this connection. One grant is focused on drug metabolism and transport in pregnant and lactating women. The other is looking at predictors of HIV risk in women of reproductive age, a related area of research that also traditionally has been underfunded. Both are studying the role of noncoding microRNAs and how they lead to epigenetic changes in the body.

“There is a huge gap in knowledge, and the NIH has recognized the importance of shedding light on these topics,” said Raina Fichorova, MD, PhD, director of the Laboratory of Genital Tract Biology at the Brigham and Harvard University, who is leading the projects related to these grants. “Our group has a lot to contribute, because we already have a huge cohort of specimens that have been collected as part of our earlier work.”

The team has hundreds of samples from women’s health clinics in Zimbabwe and Uganda as well as clinics in the United States. Fichorova’s group has received approval for secondary use of the biospecimens, which include serum, vaginal and cervical samples collected in different stages of pregnancy and lactation as well as at different parts of the menstrual cycle.

Some of Dr. Fichorova’s previous research looked at the effect of reproductive hormones on women’s susceptibility to infection. One of the two new projects is taking a deeper look at the mechanisms that underlie the changes in infection susceptibility, including how the mucosal environment in the reproductive tract contributes to systemic factors. This includes the role of the microbiota in addition to differences in hormone levels.

“Our hypothesis is that noncoding microRNAs that are being released from the mucosal environment affect susceptibility to infection at the systemic level,” Dr. Fichorova said. “The mucus membrane releases vesicles containing these microRNAs, which are like little bullets of information. They travel through the blood circulation and are taken up by distant sites in the body.”

The study will investigate how these microRNAs act on the immune response, both directly and indirectly. First results were presented at the international Conference on Retroviruses and Opportunistic Infections, and manuscripts and data sharing have been prepared for submission in this funding period.

Many of the existing biospecimens that the lab has collected for its study of infection susceptibility, including vaginal swabs and serum samples, will also be used in the research related to drug metabolism. By characterizing the content of the microRNA in extracellular vesicles and how that content fluctuates in relation to pregnancy and breastfeeding, the researchers will be able to identify changes that are influenced by hormone levels as well as the makeup of the microbiota in the vaginal tract.

“MicroRNAs are one way to epigenetically control which proteins are actually manufactured by our bodies, and proteins are what ultimately determines phenotype,” Dr. Fichorova said. “Through these microRNA-containing vesicles, the hormonal environment and the microbial environment interact with each other, and they have an effect on the rest of our bodies, including how they use drugs.”

The study of microRNAs, she added, can also help to illuminate whether drugs are safe for the babies of pregnant women by revealing information about receptors and transporters that are specific to the placenta.

“We have multiple samples from each woman, which will allow us to translate findings and make many kinds of connections,” she concluded. “It’s really a goldmine of data that we hope many other researchers will find useful as well.”