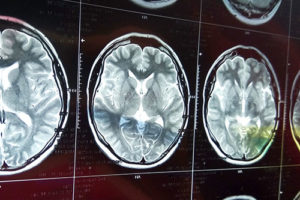 As people live longer and lead more active lives in their later years, many opt for elective surgeries to improve their quality of life. With more older people undergoing major surgeries, there has been a dramatic increase in the number of patients developing postoperative delirium and cognitive decline.

To help improve postsurgical health complications, researchers at Brigham and Women’s Hospital are studying innovative ways to better predict if an older patient will experience delirium or cognitive impairment after surgery. The method involves evaluating PET imaging and samples of blood and cerebrospinal fluid (CSF) from surgical patients for inflammatory biomarkers linked to risk for delirium and cognitive decline.

The new method’s design, procedures, and cohort profile were detailed in a RISE (Role of Inflammation after Surgery for Elders) study recently published in Alzheimer’s & Dementia: Diagnosis, Assessment & Disease Monitoring. The study’s authors hypothesized that delirium is a manifestation of a maladaptive response to systemic inflammation associated with surgery and may be associated with cognitive and functional decline postoperatively.

“Systemic inflammation plays an important role in many age-related conditions,” said Tammy T. Hshieh, MD, MPH, associate physician at the Brigham’s Division of Aging and first author of the study. “It has been linked to delirium and postoperative cognitive decline. If the inflammation is prolonged, it can lead to disease, dysfunction and adverse clinical outcomes.”

A Complex Study Calls for a Team Effort

For the study, Dr. Hshieh was the site leader for the Brigham, part of a multidisciplinary team of surgeons, anesthesiologists, neurologists, neuropsychologists and radiologists across four institutions to recruit patients (average age of 75) undergoing elective hip or knee arthroplasty under spinal anesthesia.

“Surgeons at the Brigham, Brigham and Women’s Faulkner Hospital and Beth Israel Deaconess Medical Center [BIDMC] helped us recruit patients by explaining to them the importance of studying the link between inflammation and postsurgical delirium and cognitive impairment,” she said. “These patients elected surgery to improve their quality of life, so they were aligned with our goal of improving postsurgical outcomes. They want to help get their active lives back and avoid the potential of postsurgical nursing home care.”

According to Dr. Hshieh, buy-in from Brigham anesthesiologists was also crucial, as they would need to collect the CSF samples during surgery. She also coordinated with neurologists and radiologists at Massachusetts General Hospital who performed the specialized PET scans.

Now that the feasibility of the RISE study has been established, Dr. Hshieh and her colleagues are evaluating the data collected, conducting a three-way comparison of biomarkers obtained from the images and samples of both patients who presented with postsurgical delirium compared to those who did not.

“These comparisons will allow us to determine whether any plasma-based markers can approximate levels of neuroinflammation,” wrote the study’s authors. “Moreover, the change in levels of markers over time from preoperative to one-month postoperative periods will allow us to advance our pathophysiologic understanding of the temporal association of inflammation with delirium and cognitive changes over time.”

According to Dr. Hshieh, the ultimate goal of this study and other research she is conducting is to tailor preoperative, perioperative and postoperative care and medication therapies (e.g. COX-2 inhibitors, NSAIDs and steroids) to the patients who need them.

“Risk stratification is important data that clinicians can use to have meaningful conversations with patients and families when presenting the potential risks and rewards involved with surgery,” she said.

Dr. Hshieh said the RISE study is a perfect marriage of bench-based research and clinical innovation, a combination that has become a hallmark of the Brigham, a research powerhouse. She also pointed to the willingness of colleagues across disciplines and medical centers to collaborate to improve patient care.

“We received funding for the study from the Alzheimer’s Drug Discovery Foundation, the Alzheimer’s Association and the National Institute on Aging based on the strength of our reputation and our multidisciplinary team here in Boston, which included Ed Marcantonio and Sharon Inouye at the BIDMC/HSL [Hebrew SeniorLife],” she concluded. “We were the only ones who could concurrently collect blood, CSF and PET imaging; our research peers felt we were asking a very clinically important question.”