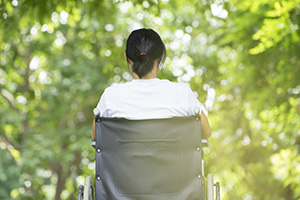 Over the past two decades, the treatment of immune-mediated inflammatory diseases (IMID) has moved from broad-spectrum immune modulators to agents that have exquisite specificity. Substantial toxicity is no longer the norm, and remission or low states of disease activity are typical outcomes.

Ellen M. Gravallese, MD, chief of the Division of Rheumatology, Inflammation and Immunity at Brigham and Women’s Hospital, and a colleague recently reviewed in Nature Reviews Immunology the past, present and future of IMID therapeutics. This “Perspectives” piece, written for the 20th anniversary issue of the journal, captures key lessons for clinicians and reflects on the next steps in the therapeutic journey.

Many patients with IMIDs have cardiometabolic comorbidities, and modification of inflammation alters levels of circulating lipids and other metabolic vascular risk factors. For example:

A rapidly expanding field is the use of immune-targeted therapy to manage cardiovascular risk. In the Canakinumab Anti-inflammatory Thrombosis Outcomes Study (CANTOS), reported in The New England Journal of Medicine, interleukin-1β inhibition in patients with a history of myocardial infarction and evidence of ongoing inflammation resulted in a significantly lower rate of recurrent cardiovascular events compared with placebo.

Discovery programs will be enhanced by artificial intelligence–based methods, in silico medicinal chemistry, extensive in silico testing of new agents prior to clinical trials, and pre-disease intervention.