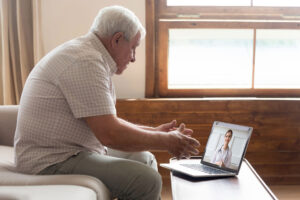 It is well-established that chronic inflammation may lead to frailty. Less understood is the potential of anti-inflammatory medications such as aspirin to prevent this state of increased vulnerability.

Brigham and Women’s Hospital geriatrician Ariela R. Orkaby, MD, MPH, is lead and corresponding author of a study examining this issue that was published in the September Journals of Gerontology: Series A. The investigators found that “long-term regular aspirin use was associated with a 15% lower prevalence of frailty” in men, “even after consideration of multimorbidity and health behaviors.”

Data for this study came from the Physicians’ Health Study I, a completed aspirin randomized controlled trial that ran from 1982 to 1989 and collected annual self-reported data such as frequency of aspirin use. The new study looked at participants who were 60 years or older at the time of frailty assessment, which took place 11 years after the trial ended.

Dr. Orkaby, a physician scientist in the Brigham’s Division of Aging, described a two-part motivation for her team’s study:

“My hypothesis was that long-term aspirin use started when you’re in your 50s or 60s would be associated with a lower risk of frailty, and that’s exactly what we found,” Dr. Orkaby said. “The key for our study is that the long-term use generally started in middle age. That’s important to note because we have trial data for people over the age of 70 that suggests the risks of taking aspirin regularly are much higher than the potential benefit. Our findings are really about people who began taking aspirin at a younger age.”

Dr. Orkaby added that exact aspirin dosages for the original trial’s participants were not recorded. “We only know how many days a year they were taking aspirin,” she said. “However, the typical doses people would take on a daily basis are fairly low, and that may in fact lower inflammation. We don’t know for sure, but that’s part of our hypotheses.”

Since there is no single unifying definition of frailty, Dr. Orkaby and her colleagues used two previously validated definitions: the Fried physical phenotype and the Rockwood cumulative deficit model. The investigators found the same results regarding reduced frailty risk no matter which definition was used or the participants’ history of heart disease.

“While this is not a clinical trial, it’s still very thought-provoking that long-term anti-inflammatories, which are already being used for preventing cardiovascular disease, may also have the benefit of preventing frailty,” she said.

Dr. Orkaby noted that since her team’s study looked primarily at white men, it should also be replicated in more diverse cohorts. She would also like to see more data on the association between frailty prevention and other types of anti-inflammatories and nonsteroidal anti-inflammatories such as ibuprofen. In fact, she hopes to publish a paper on that topic in 2021.

“Since aspirin is a blood thinner, it has inherent risk. When you think of frailty prevention, you need to balance those risks and benefits,” Dr. Orkaby concluded. “So working to identify other classes of medications that also have this type of inflammatory benefit and lower the risk of frailty over time is something we should be looking into.”