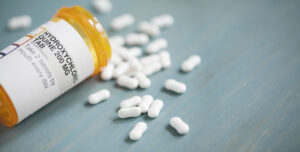 Hydroxychloroquine (HCQ) is a mainstay of therapy for rheumatic diseases such as systemic lupus erythematosus (SLE) and rheumatoid arthritis (RA). However, its use in treating COVID-19 patients in recent months has raised concerns over a possible link to acute cardiac toxicity.

The lack of data on the connection between HCQ and cardiac risk has prevented rheumatologists and organizations like the American College of Rheumatology from issuing clinical guidelines. Specialists in rheumatology and cardiology at Brigham and Women’s Hospital are working together to push forward the science with the hope of providing clarification.

“There’s so much more we need to know, and the retrospective data that we currently have are limited in nature,” said Brittany Nicole Weber, MD, PhD, an advanced cardiovascular imaging fellow at the Brigham. “The future will be all about setting up these prospective, longer-term collaborative studies between cardiology and rheumatology so we can get the data to understand what this risk will be over time.”

The U.S. Food and Drug Administration approved chloroquine (CQ) for the treatment of malaria in 1949. HCQ, a hydroxylated analogue of CQ that is less toxic and has both antimalarial and anti-inflammatory effects, received approval one year later.

Over time, HCQ has become a mainstay of therapy among rheumatologists for SLE. It has shown great success in stabilizing disease in SLE, but has also been used in the treatment of RA. Unlike hard-hitting steroids like high-dose prednisone, it is not immunosuppressive. And because HCQ controls inflammation, it also reduces the risk of cardiovascular events.

In the aftermath of the SARS-CoV-2 outbreak, the use of HCQ and other rheumatology medications in COVID-19 became a pressing issue. Many rheumatologists expressed concerns about the impact of possible HCQ shortages on their patients. In addition, there were reports of HCQ used in combination with azithromycin causing heart problems, especially cardiac arrhythmia.

“HCQ and CQ are legacy drugs that predated the extensive regulatory processes regarding cardiovascular safety that non-cardiovascular drugs undergo today. So when all this started coming out with COVID, the question was, ‘Do we really understand the true risk?'” said Brigham rheumatologist Karen Costenbader, MD, MPH. “It’s a hard question to answer because patients with COVID are quite different from other patients. They’re very sick and in the hospital, they have electrolyte abnormalities, the virus can affect the heart in various ways, and they’re on concomitant medications.”

COVID-19 has raised concerns over the issue of QTc prolongation caused by HCQ and CQ in patients already ill with the coronavirus. The QTc interval is a part of the electrocardiogram that measures the time it takes for cardiac cells to be capable of contracting again following a previous contraction. A prolonged QTc interval is a well-established risk factor for arrhythmia.

As known QT-prolonging medications, HCQ and CQ increase the risk of a potentially lethally polymorphic ventricular tachycardia known as torsades de pointes in a COVID-19 setting. “It’s important to mention, though, that this is a very different setting than a stable SLE patient on HCQ chronically,” Dr. Weber cautioned.

Some generic risk factors that will increase cardiac risk in non-COVID patients as well are well-established. “In particular, we think about older age, female sex, thyroid disease, electrolyte abnormalities, concomitant use of other QT-prolonging medications, underlying heart disease and kidney disease,” Dr. Weber said. “And a very small subset of the population will have an inherited genetic defect in the channels of their heart called congenital long QT syndrome, which can predispose to sudden cardiac death.”

Clearly, HCQ has shown efficacy and safety in rheumatologic patients for decades. Moving forward, the challenge for rheumatologists will be how to screen and monitor patients who may be at increased risk or have an inherited risk that goes undiscovered until they start taking the medication.

The Urgent Need for More Data

In the wake of the COVID-19 pandemic, a number of studies have been published on HCQ and cardiac risk. One large multinational retrospective study found that concomitant use of HCQ and azithromycin was associated with increased 30-day cardiovascular mortality in RA patients. Another, a retrospective analysis of rheumatologic patients treated with HCQ from 2000 to 2020, found that HCQ treatment was associated with increased cardiovascular mortality in univariable but not in multivariable analysis.

Still, over the past three decades, many reports have shown the cardiac benefit of HCQ in rheumatologic patients without evidence of harm. Until we have more data, it will be hard to know the true risk of cardiac arrythmia and toxicity to rheumatology patients.

The Brigham is well-positioned to fill this gap. The Division of Rheumatology, Inflammation, and Immunity includes a Cardiovascular Rheumatology Clinic that sees patients with autoimmune inflammatory conditions, including SLE and RA, conditions that are known to increase cardiovascular risk. “We also have cross-trained, multidisciplinary cardiologists who are interested in rheumatic disease as well as large cohorts of patients from throughout the Mass General Brigham system and big datasets,” Dr. Costenbader said.

“A lot of our people are excited about the opportunity to do some studies to get new data to figure out the issue of cardiac toxicity,” Dr. Costenbader concluded. “What should we be recommending? And will that save people’s lives? Slowly, more data are emerging that may change clinical practice, and we want to be on the cutting edge of that.”