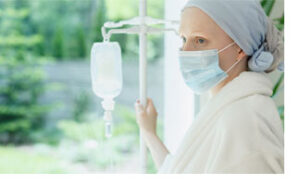 A recent study found that giving early-stage, triple-negative breast cancer (TNBC) patients immunotherapy in combination with traditional chemotherapy prior to surgery results in higher rates of elimination of their tumors. The study’s results were published in The Lancet and presented at the 2020 Congress of the European Society for Medical Oncology in September.

The treatment regimen improved pathological complete response (eradication of invasive tumor for both breast and lymph nodes) rates by more than 16 percent over a chemotherapy-only regimen, the previous preoperative standard of care. These improvements were indicated regardless of PD-L1 status.

“This is the second study to show the benefit of adding immunotherapy before surgery in patients with TNBC, which has the worst prognosis among subtypes of breast cancer,” Dr. Mittendorf said. “Combined, these studies will lead to a change in the way we manage patients and usher in a new standard of care that will help thousands of patients a year.”

Dr. Mittendorf explained that increasing the rate of pathological complete response would decrease the need for additional chemotherapy. In addition, increased rates of pathological complete response are associated with improved survival outcome to include event-free, disease-free and overall survival. These outcomes will be assessed with longer follow-up of this study.

“If your tumor responds to this treatment in the potentially curable setting of early-stage TNBC, you’ll do better over the long term than if your tumor did not respond,” Dr. Mittendorf said.

The current study builds on previous research that Dr. Mittendorf conducted. She was one of the first to publish results showing that breast tumors—specifically triple negative tumors—express PD-L1 protein on tumor cells. A small, follow-up pilot study she led suggested that adding immunotherapy to target and block PD-L1 was safe and effective and would increase pathological complete response rates.

“We’ve found that for immunotherapy to work in breast cancer, we need to combine it with chemotherapy,” she said.

“Pre-treatment tumor markers will help us identify which patients are likely to respond to this new treatment regimen and which won’t, allowing clinicians to better personalize care to each patient,” she said.

Dr. Mittendorf noted that the study, in which she coordinated with other principal investigators from institutions worldwide, is one of many immunotherapy studies led by DF/BWCC researchers. She pointed to trials underway on similar immunotherapy/chemotherapy combinations for hormone receptor positive and other breast cancer subtypes as well as studies investigating other agents.

“The program here at DF/BWCC brings together clinicians who are also trialists, translational researchers and basic immunologists to think about what we’ve learned from previous studies so we can inform the next generation of studies and conduct the correlative science needed,” she concluded. “Our goal is to be the preeminent breast cancer immuno-oncology program in the country.”