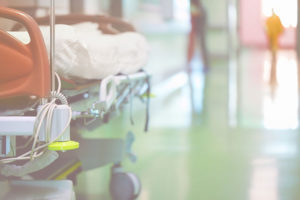 For many people, their first interaction with Brigham and Women’s Hospital is through the Emergency Department (ED). As such, the ED is an ideal place to identify patients who need psychiatric care.

“Many other hospitals have a separate psychiatry emergency room, often called Psychiatric Emergency Services,” said Sejal B. Shah, MD, a member of the Brigham’s Department of Psychiatry. “But we work in conjunction with the ED to care for the patients. Any time someone comes into the ED and those caring for them think psychiatry could be helpful, someone from our psychiatry consultation service is called in. This may be a fellow, a resident or an attending, who then makes recommendations for psychiatric care to the ED clinicians.”

Psychiatric Consults Lead to a Range of Care Approaches

A psychiatry consult may be needed for any number of reasons. A patient may come in after a suicide attempt or drug overdose. They may exhibit signs of psychosis. Or they may be experiencing delirium or hallucinations due to a medical illness like heart disease or a neurocognitive disorder.

For patients who ultimately are admitted to the hospital for their medical condition, members of the psychiatry consultation team continue to follow them on the medical and surgical floors. For others, psychiatry consultants may recommend an inpatient psychiatric unit or outpatient intensive care, also called a partial hospitalization program. Consulting psychiatrists work collaboratively with team members across the ED and the rest of the hospital, including social workers, who may meet with family members or help patients access needed services.

“Many of the patients we treat are brought in because they’re experiencing some kind of psychiatric crisis,” said Naomi A. Schmelzer, MD, MPH, director of medical psychiatry at BWFH’s campus. “Many people lack access to the services they need, so the emergency room becomes their safety net when they’re in crisis.” She added that these patients may come in on their own or may be brought in by a concerned family member or another caregiver.

Getting Patients the Level of Care They Need

According to Dr. Shah, behavioral health issues represent about 8 percent of total ED visits nationally. The Brigham’s main campus falls slightly under that average, whereas BWFH’s campus is higher—partly because it’s known in the community for its psychiatric inpatient facilities and also because of its location.

“BWFH’s campus is located near many nursing homes and group homes,” Dr. Shah noted. “When people who live in these facilities have a medical problem, whether it’s related to their psychiatric illness or not, they are often brought there.”

Dr. Schmelzer emphasized that the emergency medicine physicians at both hospitals are supportive of patients’ psychiatric needs and work to reduce any stigma patients may feel. “We collaborate well with them.” she said. “At BWFH, the Psychiatry Consultation-Liaison service and the ED have instituted daily interdisciplinary rounds to review the care of all psychiatric patients in the ED.”

However, Dr. Shah cautioned, the best place to treat psychiatric illnesses is not in the ED.

“Our job is to stabilize patients and then help to figure out where they can get the level of care they need,” she said. “But as part of that, we may go ahead and start patients on an antidepressant or antipsychotic while they’re still in the emergency room. Or we make sure they get medication for substance withdrawal, if that’s what’s needed.”

“The emergency room doctors are our partners in making sure that these patients are treated appropriately and don’t fall through the cracks,” Dr. Shah concluded.