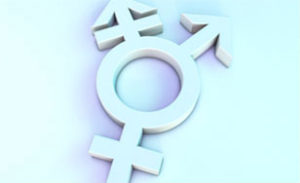 While social awareness and inclusion of the transgender population is on the rise, many transgender individuals continue to struggle in accessing and obtaining high-quality health care.

For example, The Report of the 2015 U.S. Transgender Survey found that 33 percent of respondents who had seen a health care provider in the previous year “had at least one negative experience related to being transgender, such as being verbally harassed or refused treatment because of their gender identity.” Such experiences often discourage transgender people from seeing a doctor, even when they have serious health issues.

“Not seeking health care due to a fear of mistreatment is a major contributor to worse health outcomes in transgender people,” said Ole-Petter Hamnvik, MB BCh BAO, an endocrinologist in the Division of Endocrinology, Diabetes and Hypertension at Brigham and Women’s Hospital.

Along with fellow endocrinologists Anna L. Goldman, MD, and Shalender Bhasin, MD, Dr. Hamnvik is a co-director of the Brigham’s transgender program. Their shared goal is to raise the level of care for transgender and gender-diverse individuals undergoing the process of gender affirmation—all in a premier academic setting.

“I want to help create a safe space where transgender patients won’t be misgendered by the front desk and can choose to go in whatever bathroom they feel is appropriate,” Dr. Goldman said. “I feel strongly about making sure these patients have access to trans-competent care in all disciplines of this amazing academic center.”

In addition to Drs. Hamnvik, Goldman and Bhasin, the program includes a team of clinicians spanning primary care, gynecology, plastic surgery and about 10 other disciplines. Patients do not need to receive clearance by a mental health provider in order to seek care at the program. The clinic currently serves 50 to 60 transgender patients.

“Our clinicians focus on providing transgender care and thus have a level of expertise that is impossible to create in most primary care settings, where a clinician might only have one or two transgender patients in their panel,” Dr. Hamnvik said. “Also, being based out of an academic medical center, we have that tripartite mission, where our focus goes beyond clinical care to include education and research.”

For instance, on the education front, program clinicians have trained medical students at Harvard Medical School on how to speak with and medically treat transgender patients. They have also worked with the Endocrine Society to create learning modules on transgender health, with a focus on hormone therapy.

“Many clinicians want to do the right thing with transgender patients but have never been trained properly,” Dr. Hamnvik explained. “The interpersonal aspects are almost as important as the medical aspects of transgender care, such as the role of hormones. The solution lies with education both on the soft skills of interacting with these patients and on the more classic medical skills, like prescribing medications.”

Establishing a Solid Evidence Base

Drs. Hamnvik, Goldman and Bhasin would like their program to become a leader in research on different aspects of transgender health. To that end, they were pleased with the recent addition of Sari Reisner, Sc.D., as director of transgender research in the Section of Men’s Health, Aging and Metabolism, in the Division of Endocrinology, Diabetes and Hypertension. Profiled in 2016 in The Lancet as an emerging leader in global transgender population health, Dr. Reisner is the founding associate research editor for the journal Transgender Health and a member of the World Association for Transgender Health.

Dr. Hamnvik noted that one of the program’s first priorities will be addressing the absence of a substantial evidence base on which to provide endocrine care.

“We want to contribute to the creation of that evidence base through research,” he said. “What flows from that is we want to be a place where people turn to learn about the current standard of care in transgender health. The place you’ll go to when creating clinical guidelines or seeking the most up-to-date information.”

The efforts of the Brigham’s transgender program, Dr. Hamnvik added, align nicely with the institution’s history of caring for underserved populations in Greater Boston and around the world.

“When we look back years from now,” he concluded, “I think we’ll be proud that the Brigham was at the forefront of promoting high-quality health care for transgender people.”