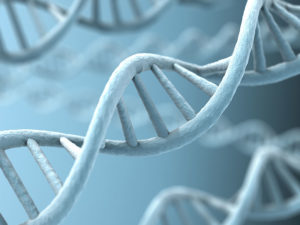 Ovarian cancer is one of the deadliest forms of women’s cancer, with a five-year survival rate of 47.4 percent. The standard of care for first-line treatment is platinum- and taxane-based chemotherapy, which results in high initial response rates.

Relapse rates for women diagnosed with advanced ovarian cancer, however, can be up to 95 percent. Moreover, recurrence has been associated with a negative psychological and physical impact on patients, especially as they receive additional lines of subsequent chemotherapy.

A recent study at Dana-Farber/Brigham and Women’s Cancer Center (DF/BWCC) found that women with recurrent ovarian cancer can benefit from being treated with the PARP inhibitor niraparib. The treatment not only keeps the cancer in remission longer, but also reduces common symptoms, including nausea, vomiting and fatigue.

Ursula A. Matulonis, MD, chief of the Division of Gynecologic Oncology, at the Dana-Farber Cancer Institute, at DF/BWCC, served as North American principal investigator of the study, which analyzed data from participants in the Phase III ENGO-OV16/NOVA trial. That trial compared niraparib with a placebo in women with platinum-sensitive ovarian cancer who had received at least two courses of platinum-based chemotherapy.

“The NOVA trial has resulted in rich data around progression-free survival, toxicity and quality of life associated with this particular PARP inhibitor,” Dr. Matulonis said. “This latest study adds an important dataset focused on ‘time without symptoms or toxicity,’ which we refer to as ‘TWiST.'”

TWiST is an established methodology that partitions progression-free survival into two health states and evaluates the tradeoff between treatment toxicity and time to progression. It provides an estimate of the length of time a patient will be free from progression and toxicity and thus likely to maintain a good quality of life.

Dr. Matulonis and her colleagues split the study into two cohorts based on the presence or absence of a germline BRCA mutation. Those with the BRCA mutation had a mean TWiST benefit of 2.95 years when treated with niraparib instead of a placebo and routine surveillance, compared to 1.34 years for those without the mutation who received the same treatment.

“The two-fold and four-fold increases in mean TWiST are meaningful, and patients receiving niraparib maintained a good quality of life on maintenance niraparib therapy,” Dr. Matulonis said. “It’s important to demonstrate that if we’re adding a maintenance therapy, we’re not significantly altering women’s quality of life.”

The study by Dr. Matulonis and colleagues was initially presented at the 2019 Society of Gynecologic Oncology Annual Meeting. It is one of the first TWiST analyses conducted for a PARP inhibitor for the maintenance treatment of patients with platinum-sensitive recurrent ovarian cancer and is the first TWiST analysis that evaluates both BRCA-mutated and non-BRCA-mutated patients.

“Our findings show that clinicians can use a PARP inhibitor as an evidence-based maintenance therapy without significant concerns that patients will be miserable during their treatment due to toxicities,” Dr. Matulonis explained.

“I am encouraged by the interest both our established faculty and our junior faculty are taking in this area of research,” Dr. Matulonis concluded. “From basic research to translational research and clinical research, the team at DF/BWCC is well-suited to helping improve our understanding of the science and therapies that will improve patient outcomes.”