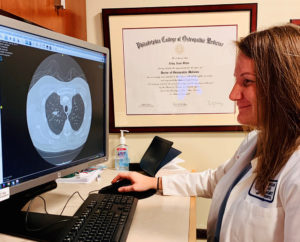 Stage II non-small cell lung cancer (NSCLC) represents less than 10 percent of the approximately 234,000 cases of lung cancer diagnosed each year in the United States. Due to its relatively low incidence, not many papers have been published on stage II NSCLC. Furthermore, few clinicians have extensive experience treating it.

National Comprehensive Cancer Network guidelines, which are used by most National Cancer Institute-designated cancer centers, indicate that stage II NSCLC patients with surgically resected, N1-positive disease should receive adjuvant chemotherapy. Those guidelines, however, are based on randomized controlled trials from roughly two decades ago that lacked detailed information on staging, surgery and chemotherapy. In addition, the studies showed only a modest 5.4 percent survival benefit with adjuvant chemotherapy.

In order to evaluate the outcomes of surgical resection for N1-positive stage II NSCLC and the effect of perioperative chemotherapy, Brigham and Women’s Hospital investigators conducted a retrospective chart review of patients treated between 2010 and 2016. Lead author Abby White, DO, associate surgeon in the Division of Thoracic Surgery, presented the study abstract at the American Association for Thoracic Surgery’s annual meeting in May. The paper is currently under review. 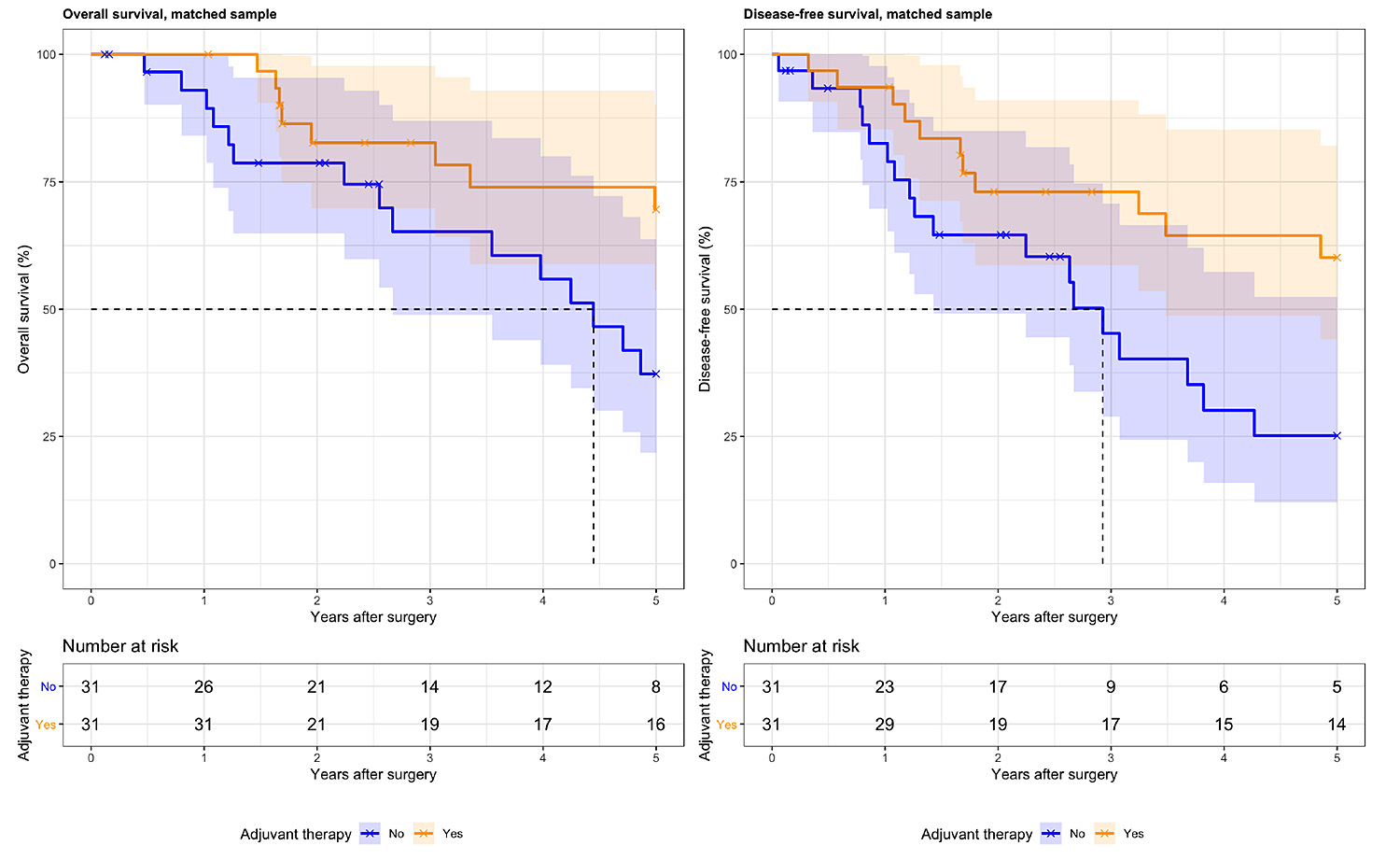 “Our study shows that with proper treatment, patients with stage II lung cancer can do very well. It’s not as bad as previously thought, particularly if there’s only one site of nodal involvement,” said Scott James Swanson, MD, the study’s senior author and director of minimally invasive thoracic surgery at the Brigham. “Also, chemotherapy after surgery is very critical in improving the outcome, and minimally invasive surgery may help as well.”

1. Timing of adjuvant chemotherapy does not appear to have a significant impact on survival. “Time frame from surgery to adjuvant therapy is often emphasized as a hit or miss target in considering patients for adjuvant therapy, and it is important to note that there was no difference in overall survival in patients who received therapy in the generally accepted time frame of 60 days from surgery as compared to those who initiated adjuvant therapy greater than 60 days post-surgery,” the authors wrote in a draft of the paper.

2. Patients who received adjuvant chemotherapy after surgery experienced a significantly higher overall and disease-free survival. “Seventy-two percent (107/148) of patients received adjuvant chemotherapy, and their survival was significantly better than those who underwent surgery alone (62.8% vs 33.9%, p = 0.006),” as reported in the draft. This also translated to improved disease-free survival. Dr. White added that the findings were consistent, even after propensity matching for potential confounders between the two groups.

3. Patients with multi-station disease do in fact have lower survival rates than those with single-station disease. This claim previously had not been clinically proven in the literature, but study investigators found evidence for it. Stage II NSCLC patients with solitary N1 lymph node metastasis, in fact, had survival comparable to stage I patients.

Dr. Swanson raised the possibility of sub-staging stage II NSCLC, reflecting the superior outcomes for patients with single-station disease. “One project will be to better understand the findings in a bigger set of patients,” he said. “If the findings hold, we might be able to improve the prognosis for single-station stage II patients and conduct trials giving chemotherapy or chemotherapy and radiation before surgery to those higher-risk stage II patients.”

4. Minimally invasive surgery has an expanding role in treating N1-positive disease. Earlier in the period being studied (2010 to 2016), N1-positive patients were less likely to be considered candidates for minimally invasive resection. Dr. White speculated that the reluctance might have been due to the complexity of the procedure and/or the experience of the surgeon. Over time, however, patients in this group were more likely to undergo resection via minimally invasive video-assisted thoracoscopic surgery (VATS).

“That’s something we’ve really tried to commit to at the Brigham,” Dr. White said. “As we’ve learned different techniques and gotten more comfortable with the challenges of getting those lymph nodes out, our comfort level with VATS and ability to complete resections minimally invasively have increased. I think that underscores the importance of having patients with N1-positive disease treated at institutions that are comfortable with minimally invasive surgical options.”

Dr. White concluded that she would eventually like to see national, randomized clinical trials, ideally involving institutions with expertise in minimally invasive surgery, to examine the issue of chemotherapy after surgical resections in greater depth.