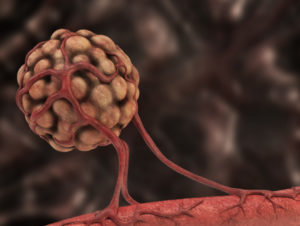 Members of the Brigham and Women’s Hospital community celebrated in October upon learning that William G. Kaelin Jr., MD, a senior physician-scientist at the Brigham, had won the 2019 Nobel Prize in Physiology or Medicine.

The Nobel Committee recognized the achievements of Dr. Kaelin and two other scientists, Sir Peter J. Ratcliffe, FRS, and Gregg L. Semenza, MD, PhD, for their discoveries of how cells sense and adapt to oxygen availability.

An Important Discovery With Wide-Ranging Effects

The discovery of the body’s oxygen-sensing process has had a wide and varied impact on medicine, particularly on the treatment of certain cancers. Adam Stuart Kibel, MD, chief of the Brigham’s Division of Urology and a colleague of Dr. Kaelin, pointed specifically toward the impact the discovery had on the treatment of kidney cancer—a diagnosis he encounters frequently in his work at Dana-Farber/Brigham and Women’s Cancer Center.

“Bill Kaelin’s research on many of the key pathways involved in oxygen sensing have been particularly important in developing targeted therapies for renal cell carcinoma, a cancer that is characterized by high levels of vascularization,” Dr. Kibel said.

Dr. Kibel and Dr. Kaelin collaborated on some of the early research into the von Hippel-Lindau (VHL) tumor suppressor gene, which was initially named for its link to von Hippel-Lindau syndrome. However, somatic mutations in VHL are also commonly implicated in sporadic cases of clear cell renal carcinoma.

The protein encoded by VHL is a tumor suppressor. In 1995, Dr. Kaelin, Dr. Kibel and their colleague, Othon Iliopoulos, MD, published several seminal papers in Science and Nature Medicine demonstrating the role of the VHL protein in kidney cancer and its mechanism of action.

The researchers reported that when the defective VHL gene was corrected in kidney cancer cells and those cells were then transplanted into mice, tumors were unable to grow. Later work revealed that cells that lacked the VHL protein needed more oxygen, leading to signals that resulted in the growth of more blood vessels. Subsequent research made the connection between VHL and vascular endothelial growth factor (VEGF).

The discovery of the need for oxygen in these tumors and the link to VEGF led to the development of antioangiogenic, tyrosine kinase-inhibitors that have become the standard of care for renal cell carcinoma today, including sunitinib, sorafenib and axitinib.

According to Dr. Kibel, the development of VEGF inhibitors and other antiangiogenic drugs for renal cell cancer presented a significant leap in treatment that wouldn’t have been possible without the fundamental research done by Dr. Kaelin.

Furthermore, Dr. Kaelin’s more recent work has led to a new class of drugs called HIF-2 alpha inhibitors, many of which are now in clinical trials at Dana-Farber/Brigham and Women’s Cancer Center and other centers. “Selective targeting of HIF-2 alpha with oral inhibitors offers the hope of high cure rates but with lower toxicity than current antiangiogenic drugs like sunitinib,” Dr. Kibel said.

“The Nobel Prize is obviously a tremendous honor, and I’m overjoyed that Bill Kaelin has been honored with it,” Dr. Kibel concluded. “All of us here at Brigham and Women’s and Dana-Farber feel a great sense of pride that one of our own has received it.”