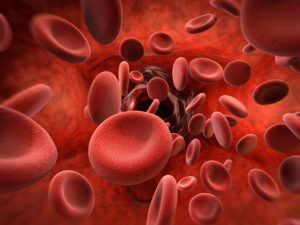 While women experience fewer cardiovascular events than men, this protection is lost in women with T2D. A study published in the March 2019 Diabetes puts forth a possible explanation for this phenomenon. Gail Kurr Adler, MD, PhD, an endocrinologist in the Division of Endocrinology, Diabetes and Hypertension at Brigham & Women’s Hospital, is the senior author of the paper.

“Accumulating evidence suggests that women produce more aldosterone in response to secretagogues such as angiotensin-II compared to men,” Dr. Adler said. “In a previous study, we showed that blocking the mineralocorticoid receptor (MR), which is activated by aldosterone, improved CFR in men and women with T2D. Therefore, it may be that CFR impairment, which is very important in promoting cardiovascular disease, is related to excess aldosterone production in women.”

For the diabetes study, Dr. Adler and colleagues conducted a post hoc analysis of 46 men and 27 women. Each individual had well-controlled T2D and no evidence of cardiovascular disease or obstructive coronary artery disease. The patients’ cardiometabolic parameters were optimally controlled for the three-month run-in period before the introduction of the MR antagonist.

A Correlation with Greater Diastolic Dysfunction

The aim of the study was to determine whether there was a sex disparity in coronary microvascular dysfunction, which is more prevalent in diabetes patients. The investigators found that “women had a higher rest MBF, lower CFR, and worse diastolic function compared with men,” according to the paper. “In addition, rest MBF was positively correlated with worse diastolic function in women.”

“The increase in rest blood flow clearly correlates with greater diastolic dysfunction,” she added. “This isn’t true in men, so what we’re seeing are biological differences between men and women. It looks like changes in aldosterone, potentially mediating changes in coronary microvascular function, are a critical component of this phenomenon.”

Studying the Effects of the Mineralocorticoid Receptor

Moving forward, Dr. Adler plans to conduct basic studies exploring the mechanisms by which activation of the MR might lead to—and explain the sex differences—in impaired CFR. She is also involved in additional clinical studies examining whether MR blockade improves CFR. One such project is the Investigating Heart Disease and Inflammation in HIV (MIRACLE HIV) Study, a collaboration between the Brigham and Massachusetts General Hospital’s Steven Grinspoon, MD, and Suman Srinivasa, MD. (Like individuals with T2D, HIV patients have excessive cardiovascular risk along with impaired CFR.)

“We know that impaired CFR predicts death, but there are still no specific treatments to improve CFR,” Dr. Adler said. “Our diabetes study suggests—and this would need to be proved in a much larger trial—that by improving CFR, MR blockade can improve cardiac health, which may be particularly important in diabetes and in women.”