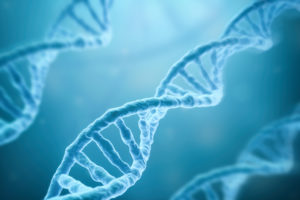 Dr. Silverman, chief of the Channing Division of Network Medicine (CDNM) and pulmonologist at Brigham and Women’s Hospital, envisions that diagnosing patients with complex diseases like COPD based on underlying biological mechanisms, rather than the current approach of relying on physiological and pathological abnormalities, can lead to new and more effective treatments.

Recent research leveraged the International COPD Genetics Consortium, which Dr. Silverman founded in 2010. This study was led by investigators at the CDNM trained by Dr. Silverman, including Drs. Michael Cho and Phuwanat Sakornsakolpat, and was published in Nature Genetics earlier this year. This work expands upon the medical community’s notion of what COPD is. The genome-wide association study (GWAS) examined data from 257,811 individuals from 25 studies, including from the International COPD Genetics Consortium and UK Biobank. “Our goal is to use imaging, clinical characterization, and molecular assessments to come up with new insights into the biological mechanisms for COPD,” said Dr. Silverman. When asked about the most rewarding facet of research, he cited the connections forged by mentorship. “It’s one of the best aspects of my job to be able to train and interact with the next generation of physician-scientists.”

The Culmination of COPD Genetics Research

This latest published work reflects a culmination of twenty-five years of Dr. Silverman’s dedicated research in the topic of COPD genetics, which began with the Boston Early-Onset COPD Study.

Early in his career, during his pulmonary fellowship at Brigham and Women’s Hospital, Dr. Silverman encountered several patients with severe COPD at a very young age. His curiosity led him throughout New England, enrolling patients and their family members in the Boston Early-Onset COPD Study, to uncover new genetic causes of COPD. The results of this study ultimately demonstrated that COPD clustered in families; smokers within those families had increased COPD risk compared to smokers in the general population. However, nonsmokers in those families had no increased risk for COPD. The results suggested that genetic determinants likely interact with smoking to increase COPD risk.

A subsequent large-scale study launched in 2007 aimed to understand the genetic determinants, disease heterogeneity, and disease progression of COPD. Funded by the NIH, the Genetic Epidemiology of COPD (COPDGene) project enrolled more than 10,000 subjects. Importantly, one-third of the subjects enrolled in COPDGene are African Americans, who have been understudied in COPD research. Dr. Silverman co-leads the COPDGene study with Dr. James Crapo of National Jewish Health. A 10-year follow-up of COPDGene subjects is underway.

COPDGene illuminates the reality that COPD is a complex syndrome rather than a single disease entity. “The heterogeneity of COPD is a key factor that is not as widely appreciated as it should be,” he emphasized. With support from the National Heart, Lung, and Blood Institute initiative known as the Trans-Omics for Precision Medicine (TOPMed) program, whole genome sequencing on the entire COPDGene study population is being obtained.

Dr. Silverman is pleased that the COPDGene data are made publicly available through NIH-monitored access for other investigators who are doing research on smoking-related diseases, due to its potential for insight into interstitial lung diseases, cardiac diseases, and other conditions.