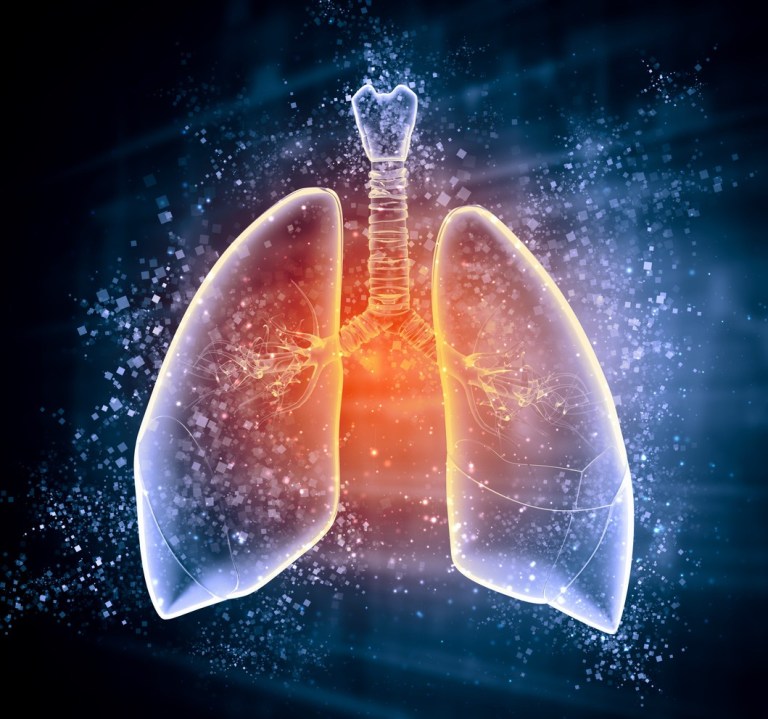 How can clinicians in the office setting identify non-smoking patients who are at risk of lung cancer – and therefore may be candidates for low-dose computed tomography (LDCT) imaging?

That question has been a focus of Michael Jaklitsch, MD, a thoracic surgeon at Brigham and Women’s Hospital and Dana-Farber/Brigham and Women’s Cancer Center. Jaklitsch is a long-time leader of initiatives and research in lung cancer screening and surveillance and co-creator of an online risk calculator.

Nationwide, approximately 225,000 new lung cancer cases are diagnosed in the United States each year, including approximately 40,000 in patients (disproportionately women) who have never smoked.

Cumulative Non-Smoking Risks Can Exceed the Dangers of Heavy Smoking

In new research to quantify the risks among never-smokers, Dr. Jaklitsch and colleagues found that non-smoking women who have multiple other risk factors for lung cancer — such as family history (early-onset lung cancer in a 1st-degree relative) plus pneumonia — may have a combined risk that exceeds the risk of heavy smoking alone.

“Tobacco is an important variable. But it is not the only variable,” Dr. Jaklitsch said. “A combination of other risk factors may lead to a cumulative risk of lung cancer exceeding 5% over 5 years,” the usual threshold for LDCT screening.

These surprising results in women, and similar but less striking results in men, may help in selecting which patients should undergo screening, said Dr. Jaklitsch.

The research team used two mathematical models — the Liverpool Lung Project (LLP) and the Prostate, Lung, Colorectal and Ovarian Cancer Screening Trial (PLCO) — to predict the risk of developing lung cancer in smokers as well as the cumulative risk in never-smokers who had other risk factors. The results suggest that these models might be used to identify risk for patients who otherwise would not receive lung cancer screening.

US policy recommends annual LDCT screening for patients ages 55 to 80 who have a tobacco smoking history of at least 30 pack years. Dr. Jaklitsch and Brigham and Women’s radiologist Francine L. Jacobson, MD, were co-chairs of the American Association for Thoracic Surgery (AATS) Committee on Lung Cancer Screening and Surveillance that in 2012 recommended two additional high-risk groups for possible screening: 1/lung cancer survivors and 2/patients ages 55 to 79 who have a 20 pack year smoking history plus additional factors that bring their cumulative risk of developing lung cancer to at least 5%  over the following 5 years.

In the new study, Dr. Jaklitsch and co-authors noted that the only single variable that raised the incremental risk of lung cancer to exceed 5% over the next 5 years was a history of 30-pack exposure. The next strongest variable for risk was a first-degree relative developing lung cancer before the age of 60 years.

The researchers concluded that “online risk calculators can facilitate the cumulative effect of multiple variables.” One such calculator is the Lung Risk Assessment tool created by Jaklitsch, Jacobson and others in conjunction with ATTS and available online for use by a patient at home or with a physician in the office.

“The ability to predict lung cancers with the use of these models should result in a more accurate selection of patients to undergo screening, greater cost effectiveness, reduction of risks, and more lives saved,” Jaklitsch, Jacobson, Carlos Bravo-Iniguez, MD, and Luis E. De Leon, MD, concluded in their recent paper.

In an interview, Dr. Jaklitsch added: “There may not seem to be much interest in the question of ‘How do you screen non-smokers?’ because people don’t know how to do it. But [we’re finding that] you have to identify the variables that are associated with lung cancer and nonsmokers, and the LLP allows us to do that.”