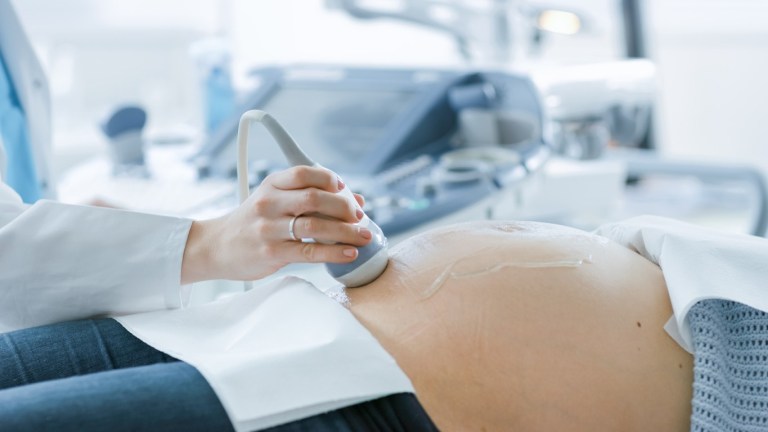 With placenta accreta contributing to rising rates of severe maternal morbidity nationwide, the Program for Surgical Obstetrics and Placental Abnormalities at Brigham and Women’s Hospital is zeroing in on antepartum risk stratification as a tool for preserving maternal health.

“We now think of placenta accreta as a spectrum, called PAS. We see that it’s more common and a more common reason for hemorrhage than previously thought – and that accreta and placenta problems account for the worst hemorrhages,” said Daniela Anne Carusi, MD, MSc director of Surgical Obstetrics in Brigham and Women’s Department of Obstetrics and Gynecology. Each year, Carusi and colleagues deliver 30 to 50 patients on the accreta spectrum.

Severe maternal morbidity increased nearly 200% over 20 years to 144 per 10,000 deliveries in 2014 in the US, according to the US Centers for Disease Control. The association with hemorrhage has drawn increased attention to placenta accreta.

All women admitted to Labor and Delivery at Brigham and Women’s Hospital are assessed for hemorrhage risk, as recommended by the National Partnership for Maternal Safety’s consensus bundle on obstetric hemorrhage. But to identify at-risk patients much earlier, Carusi and colleagues created a hemorrhage risk guide for use by all obstetricians associated with the hospital. Their goal is for staff and patients to be alert to the possibility of a complicated delivery and to prepare patients for the risks and potential clinical decisions ahead.

“IVF as a risk factor is a surprise to some physicians,” said Carusi. “Doctors also may overlook someone who had a previa early in the pregnancy that has since resolved. But we have found that those patients still have a higher risk for hemorrhaging when they deliver.” When reviewing major hemorrhages at Brigham and Women’s Hospital, Carusi and colleagues found that many unanticipated accretas involved multiple risk factors from this list.

Carusi described the full scope of risks in “The Placenta Accreta Spectrum: Epidemiology and Risk Factors” in the December 2018 Clinical Obstetrics and Gynecology, which she says can help other programs create their own internal guides for proactive management.

Brigham and Women’s Program for Surgical Obstetrics and Placental Abnormalities began in 2008, in an effort to reduce morbidity associated with complicated cesarean deliveries and placenta accreta. The center fulfills criteria as a Center of Excellence for accreta care, including a multidisciplinary team for delivery planning. At a monthly meeting, Program representatives review upcoming complicated deliveries and plan with specialists from Urology, Interventional Radiology, Psychiatry, Surgery, Social Work and Perfusion.

Under the new guide, patients at risk of accreta are brought to the attention of the Surgical Obstetrics Planning Team. The Team tracks patients at particularly high risk and ensures that resources are in place for a safe delivery.

Involve Patients in Delivery Planning and Screen for PTSD

A key element of the new guide is patient counseling. Carusi recommends that patients at risk of hemorrhage, complicated surgery, accreta or hysterectomy be made aware of potential implications and be involved in delivery planning early in the antepartum period.

“It helps me to talk to the patient ahead of time and ask what their priorities are if they have a large hemorrhage,” said Carusi, a pioneer in seeking safe alternatives to hysterectomy when warranted. “Some women want us to make every attempt to avoid a hysterectomy. Others want us to go quickly to a hysterectomy to stop the bleeding.  I find it very helpful to talk to these patients while they’re still pregnant, to get a sense of what they would want us to do.”

For women who have had a prior major hemorrhage, Carusi recommends screening for Post-Traumatic Stress Disorder (PTSD) and anxiety. “PTSD and anxiety from their prior hemorrhage are much more common than obstetricians realize. Having a very detailed birth plan and knowing where they’re going to deliver is very important to these women because they are traumatized when they come back for the next delivery.”

Finally, Carusi urges both patients and physicians who are considering elective uterine procedures or delayed childbirth to weigh the potential impact on peripartum morbidity.  “The risks and benefits of performing certain uterine procedures – including myomectomies, curettages, and elective cesarean deliveries – should take future delivery outcomes into account,” Carusi concluded in Clinical Obstetrics and Gynecology, adding, “As ART has expanded options for delayed childbearing, maternal morbidity related to abnormal placentation should be considered as a potential consequence.”

For consultations or second opinions with a Brigham and Women’s physician specializing in placental abnormalities, call 617-732-4208.