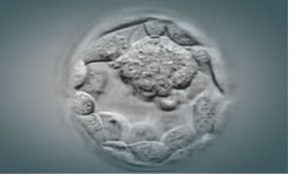 Predicting which IVF embryos are most likely to produce a healthy pregnancy is an ongoing challenge in the field. For embryologist Catherine Racowsky, PhD, it is a theme across her varied work as director of the IVF Lab at Brigham and Women’s Hospital, as a researcher of new techniques to find the healthiest embryos and as incoming president of the American Society of Reproductive Medicine.

Racowsky is a leader in assisted reproductive technology, while contributing to improving standards and processes in IVF laboratories worldwide. “We’re in the business of trying to create healthy families,” she said, “one baby at a time.”

Racowsky’s research at Brigham and Women’s Hospital focuses on improving genetic analysis of IVF embryos prior to implantation, with as little risk as possible, so that only the healthiest embryo implants. In current practice, preimplantation genetic testing of embryos is done five or six days after fertilization and involves removal of trophectoderm cells that would otherwise form the placenta. There are three types of preimplantation genetic testing (PGT), two of which have very low risks for error:  PGT-M for monogenic (single-gene) defects such as cystic fibrosis or Duchenne’s muscular dystrophy in families in which the mutation is carried by one or both biological parents, and PGT-SR for structural rearrangements of chromosomes.

The third category of PGT, for de novo aneuploidy (PGT-A), is less reliable. This is largely due to uncertainty as to whether the genetic read-out of the biopsied trophectoderm cells represents that of the embryo itself. “These tests do not always accurately inform the chromosomal composition of the inner cell mass cells, the cluster of cells that ultimately forms the embryo. And yet this test is commonly used in many clinics,” Racowsky noted.

In search of a reliable, non-invasive test, Racowsky’s current research with her post-doctoral fellow, Lei Huang, PhD, and her collaborator Xiaoliang Sunney Xie, PhD, of Peking University, is investigating: Can DNA leaked from the embryo be used to determine the genetic composition of the embryo? And if so, is this more reliable than analyzing biopsied cells from the embryo? Preliminary results from this international collaboration are promising, suggesting that the cell free DNA is detectable and that it has fidelity with the embryo.

Additionally, Racowsky is leading a complementary research effort, with Harvard University physicist Dan Needleman, PhD and molecular geneticist Dagan Wells, PhD, of the University of Oxford, on a separate study that is using fluorescent light imaging microscopy and next generation sequencing to assess whether the metabolic activity of the somatic support cells surrounding the egg is an indicator of egg viability.

Given current activity in the field of embryo testing and selection, Racowsky noted, “we probably will come up with a multi-pronged approach to select embryos.”

Collaboration from Bench to Bedside in the IVF Clinic and Beyond

Racowsky sees collaboration between clinicians and embryo scientists as essential for success – not only at the bench, but also in fine-tuning individual patient care and to innovate more broadly.  While  embryology labs and IVF clinical teams historically have tended to work in separate silos, at Brigham and Women’s Hospital’s Center for Infertility and Reproductive Surgery, the teams come together daily to collaborate and communicate:

“There’s great mutual respect between the clinical staff and the embryology staff,” Racowsky said. “We respect that we are each trained in different areas and that together we are stronger in optimizing patient care.”

Dynamic Collaboration Toward Creating Healthy Families, One Baby at a Time

In October, Racowsky will begin her term as president of the American Society of Reproductive Medicine. Her chosen theme for her tenure is “Dynamic Collaboration in IVF and Beyond.”