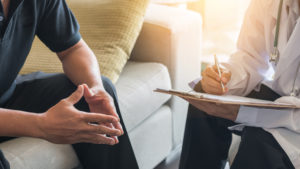 Urologists and oncologists at Dana-Farber/Brigham and Women’s Cancer Center have laid the groundwork for what would be the first Phase III international, randomized trial of a new treatment for patients with high-risk prostate cancer in more than a decade. The treatment involves using novel, potent neoadjuvant hormone therapy for six months prior to prostatectomy surgery, an approach that has been shown to improve both tumor pathology and long-term remission.

Mary-Ellen Taplin, MD, director of clinical research at Dana-Farber’s Lank Center for Genitourinary Oncology, and Adam Stuart Kibel, MD, chief of the Brigham’s Division of Urology, have been collaborating for about 10 years on neoadjuvant therapy studies and are excited about the promise for a real change in the standard of care for patients with aggressive prostate cancer.

In the studies, patients with high-risk, localized prostate cancer were treated with intense androgen deprivation therapy (potent hormonal agents such as enzalutamide and abiraterone) and then followed to determine the therapy’s effect after radical prostatectomy (RP). At a median of three years following RP, 70 percent of the patients remained disease-free. Furthermore, no patient with a pathologic T downstaging or residual tumor < 0.5 cm experienced a recurrence.

“As the intensity of neoadjuvant therapy increases, there is a significant reduction or complete elimination of cancer in the tumor,” Dr. Kibel said. “We see maximum response when enzalutamide is combined with abiraterone and luteinizing hormone-release hormone agonists.” 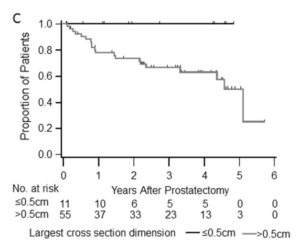 “When we followed these patients for three years, those with minimal residual cancer stay in remission, which means this may be a marker for long-term cancer remission,” Dr. Taplin added.

According to Dr. Kibel, the urology community has longed for a pathway to localized control and systemic therapy for high-risk prostate cancer patients.

“Until very recently, managing prostate cancer has focused on low-risk cancer,” Dr. Kibel said. “The widespread adoption of PSA screening, coupled with surgery, has allowed us to find and treat the disease earlier, leading to excellent outcomes for patients with early, localized forms of the disease. Now, our attention has shifted to high-risk disease.”

“The next generation of hormone therapies we’re studying are much different and more intense than older hormone therapies, which were not shown to improve outcome rates when implemented before surgery,” Dr. Taplin concluded. “Our work has been instrumental in driving forward a field that hasn’t seen a change in standard treatment options or recommendations for patients with high-risk, localized prostate cancer.”