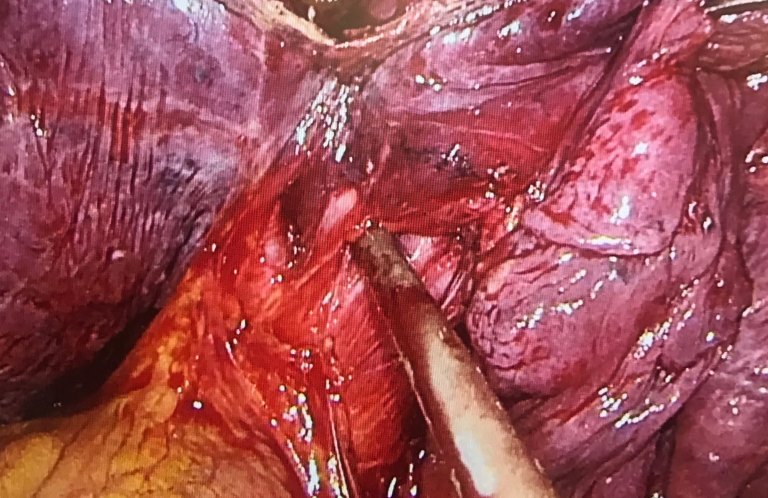 That is the message of Scott J. Swanson, MD, director of Minimally Invasive Thoracic Surgery at The Lung Center at Brigham and Women’s Hospital. Noting that surgical practice often lags behind data, Dr. Swanson draws upon research and extensive experience at The Lung Center to call for greater use of segmentectomy in two recent commentary articles.

His conclusion, in T1a Lung Carcinoma: The Place of Segmentectomy in the Treatment Array, published in the April 2018 Journal of Thoracic Disease was that “Thoracoscopic segmentectomy is a safe option for experienced thoracoscopic surgeons treating patients with small stage I lung cancers.”

The lesser resections used in segmentectomy, compared to lobectomy, “are becoming more crucial, especially given changes in pathology of tumors (type, size, location), quality of life considerations, and availability of alternative options such as stereotactic body radiation therapy in select patients,” Dr. Swanson wrote with Brigham co-author Sameer A. Hirji, MD. “From our experience, for small lung cancers, 2 cm range, segmentectomy is the best sublobar treatment, and can be done safely via VATS.”

Dr. Swanson, who is associate chief of surgery at Dana-Farber/Brigham and Women’s Cancer Center, is a pioneer in minimally invasive thoracic surgery, including segmentectomy for early stage lung cancer. Since 1997, Dr. Swanson and colleagues have performed more than 500 segmentectomies. The Lung Center now performs 50 to 60 VATS-assisted segmentectomies each year.

Under Swanson’s leadership, 92 percent of all lung resections at the Lung Center are performed using minimally invasive techniques, rather than through open surgery – compared with approximately 50 percent of lung resections nationally.

Cancers are being detected earlier in part due to a change in detection. In 2016, Medicare began covering yearly lung cancer CT screening for asymptomatic beneficiaries age 55–77 who are current smokers or who quit smoking within the last 15 years. State of the art imaging enables detection of smaller tumors – now being found at just 5–10 millimeters, instead of 2–4 centimeters.

Among these Medicare patients who undergo screening, about 2–4 percent are found to have NSCLC and are recommended for surgery, Swanson noted in an interview. Those with T1A tumors (< 2 cm in diameter) are candidates for segmentectomy, rather than removal of the entire lobe, Swanson said. Known for his early work in VATS lobectomy, Swanson later demonstrated comparable outcomes for VATS segmentectomy.

One benefit of segmentectomy over lobectomy is that the procedure may be more tolerable for older, sicker patients. And, faster recovery may enable patients to begin adjuvant therapies more quickly. Importantly, preservation of lung tissue is beneficial both for recovery and if additional surgery is needed (as is the case in 10–30 percent of patients) due to recurrence or a new primary tumor.

“Patients feel better, recover better, breathe better – but they also have more reserve if they get a tumor down the road,” Swanson said.

He points to limited exposure to training as one reason for slow adoption of segmentectomy. Another reason is concern over controlling vascular bleeding. But he noted in a commentary in the January 2019 Journal of Thoracic and Cardiovascular Surgery that this should be assuaged by new surgical techniques and instruments, including ultrasonic and electrothermal surgical energy devices, that enable surgeons to divide blood vessels quickly, efficiently and safely. In that journal, a team from Japan outlined parameters for sealing pulmonary vessels using electrothermal energy. Swanson’s accompanying editorial noted: “There is no question that small, curved devices that can dissect and more easily enter limited spaces have improved the ease and safety of dividing pulmonary vessels. This will translate into easier and safer minimally invasive pulmonary resection.”

Wedge resection is another option for sub-pleural lung cancers that are very small (~1 centimeter or those that straddle segmental boundaries), but that option requires lymph nodes dissection and careful attention to margins, Swanson noted in the Journal of Thoracic Disease Perspective.

While the field awaits results of two multicenter prospective randomized controlled trials that compare treatments, Swanson and colleagues at the Lung Center are continuing their work on segmentectomy, taking into account preoperative and intraoperative considerations they have identified.

“Our team is experienced and confident enough to innovate and find better solutions for our patients,” said Swanson.