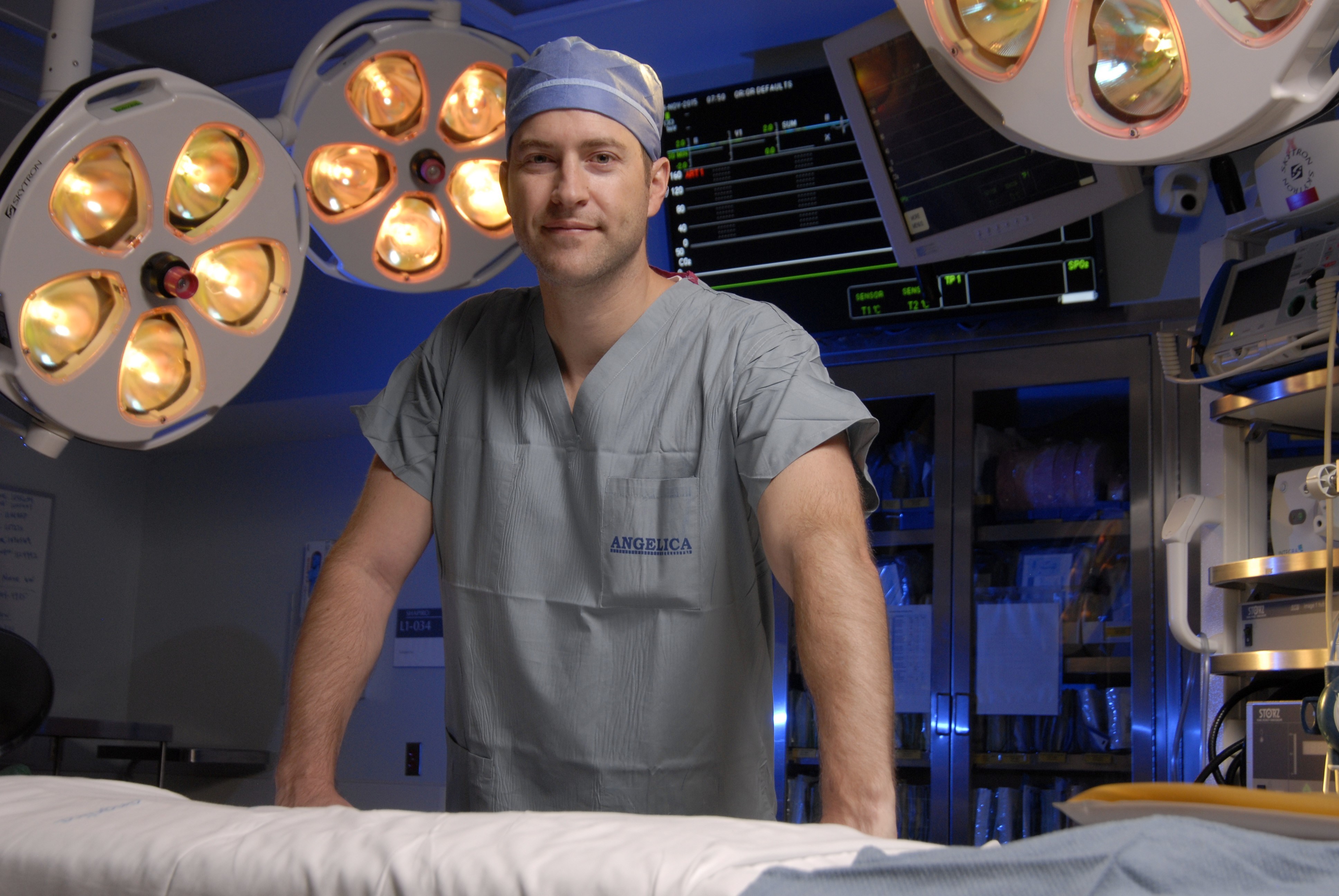 Mark A. Preston, MD, MPH, a urologic surgeon in the Division of Urology at Brigham and Women’s Hospital, is co-lead author of a study focused on improving prostate cancer (PCa) screening for African American men. The results were recently published in European Urology.

The key takeaway, Dr. Preston noted, is that a risk-stratified approach to screening appears to identify African American men at high risk for aggressive PCa in the future while limiting screening in those at low risk. “It’s important that we limit the over-diagnosis and over-treatment of prostate cancer, and this seems to be an effective way to do it,” he said.

This study was the first to look at results exclusively among African American men and to explore whether an optimized screening strategy with baseline prostate specific antigen (PSA) levels predicts PCa in this population. It was led by investigators from the Brigham and Harvard T.H. Chan School of Public Health.

According to a 2018 U.S. Preventive Services Task Force statement, African American race is one of the most important risk factors for the development of PCa. For perspective, African American men have a 4.2 percent lifetime risk of PCa death compared with 2.3 percent for white men. Nevertheless, PCa screening recommendations are based largely on studies of white men.

The same U.S. Preventive Services Task Force statement highlighted the lack of data on which to base screening guidelines for African American men. Dr. Preston and his colleagues designed their study, which began several years ago, to address this gap.

The research team leveraged data on more than 22,000 African American men enrolled in the federally funded Southern Community Cohort Study. Investigators performed a nested, case-control study of 197 men aged 40 to 64 years who developed PCa, including 91 cases of aggressive disease, and compared them to 569 matched controls.

Previously, Dr. Preston was lead author of a 2016 study that primarily involved white men. It concluded that “PSA levels in midlife strongly predict future lethal PCa in a US cohort subject to opportunistic screening” and recommended considering “risk-stratified screening on the basis of midlife PSA…in men age 45 to 59 years.”

This more recent study aimed to determine whether one midlife PSA measurement could also predict the risk of aggressive PCa in African American men.

Investigators found a median PSA of 0.7 for 40- to 55-year-old men in the control group (who did not develop PCa over the course of the study). Men in the same age range with a PSA of 1.7 or above (90th percentile) had a risk of aggressive PCa many times higher than those below the median PSA. Furthermore, no men between ages 40 and 55 who had a sub-median PSA developed aggressive PCa over the study period.

“Those results are pretty powerful,” Dr. Preston said. “Let’s say you focused your screening on men in the top quartile for PSA levels. You could identify those patients who would likely benefit from a PSA test every year. And then if you had values even higher—say, a PSA above 3—he might benefit from undergoing a biopsy because his risk is much more substantial. On the other hand, if someone’s PSA is below the median, he might not need another PSA test for five, even 10 years, depending on other risk factors.”

One surprising finding of the study was that among controls, the median and 90th-percentile PSA values cited above were nearly identical to those of white men. (Traditionally, it was assumed that African American men have higher PSA levels.) Another was the accuracy of the midlife PSA measurement: The team found that 95 percent of total and 97 percent of aggressive PCa cases had baseline PSA values above the average for their age group.

“It seems that if you were to start screening with a PSA test at age 45, you could then risk-stratify screening intensity for the future and potentially identify and cure those men at high risk while avoiding treatment in those at low risk,” Preston said.