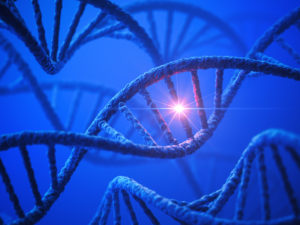 Uterine leiomyomatas, also known as uterine fibroids, are the most common pelvic tumor in women. About 75 percent of women will develop fibroids, and the average affected uterus has six to seven of these tumors. Cynthia Morton, PhD, at Brigham and Women’s Hospital is active in studying gene variants that cause fibroid tumors and can influence risk as well.

While fibroids are benign, they can produce severe, even debilitating, uterine bleeding in 20 to 25 percent of cases along with other difficult symptoms. Through her research, Dr. Morton hopes to give women better insights into the most appropriate therapeutic avenues, which today consist largely of surgical options such as hysterectomy, myomectomy and uterine artery embolization.

Due to the widespread prevalence of fibroids, Dr. Morton and investigators worldwide have been studying a number of genes that could be involved in their tumorigenesis. For example, her laboratory was involved in initially associating the high-mobility group AT-hook 2 (HMGA2) protein with fibroids.

“HMGA2 is basically upregulated. Its expression is highly restricted in development yet is abnormally expressed in some fibroids,” said Dr. Morton, director of cytogenetics research and the Kenneth J. Ryan, MD, distinguished chair in Obstetrics and Gynecology in the Brigham’s Department of Obstetrics and Gynecology. “Its abnormal expression in fibroids is frequently due to a rearrangement of chromosome 12 or acquiring a whole extra copy of chromosome 12. We’ve observed both of these chromosomal events.”

About 40 percent of fibroids are chromosomally abnormal, according to a recent paper in Cancer Genetics from Dr. Morton’s laboratory. According to the paper, among the “consistent, non-random cytogenetic abnormalities account[ing] for the majority of these aberrations” are translocations of chromosome 12 with chromosome 14.

Another very common chromosomal abnormality—an interstitial deletion in the long arm of chromosome 7—no doubt also plays a role in fibroids as well. At this point, however, it is not clear if the problem is due to the absence of one particular gene or of several genes.

Dr. Morton also pointed to mutations of the mediator complex subunit 12 gene (MED12). The study published in Cancer Genetics found that over 73 percent of fibroids “harbored a MED12 mutation,” providing “additional support for a significant role of MED12 in the biology of fibroids.”

Currently, Dr. Morton’s lab is focused on trying to understand the genetic basis of predisposition to develop fibroids. Among their findings: Genes predisposing women to fibroids include one group that also predisposes women to endometriosis. While an underlying commonality has long been suspected, there is now data to back up the hypothesis.

As Dr. Morton and other investigators learn more about the genetic roots of fibroids, she hopes their efforts will lead to genetic tests that help women make more-informed decisions about their treatment. For example, a woman who is in a group with a predisposition to develop fibroids may decide to have a hysterectomy given the likelihood of recurrent tumors. In contrast, someone in a group without that predisposition may opt for tumor removal via myomectomy.

“There’s also the possibility of future therapies that address excessive uterine bleeding or shrink the tumors,” Dr. Morton added. “We are witnessing a time when novel therapies, including gene-editing techniques, are really coming into focus.”

One thought on “Unlocking the Mysteries Behind Uterine Fibroids”